The best experience for a writer is sitting down at your desk, glancing at the clock and then not noticing the time again until several hours have passed. What is that? All day long you glance at your phone for the time, or if you grew up with watches, then you glance at your wrist. And then there are certain timeless zones you step into. Sex is one. Religious ecstasy is another. Where is this timeless country, and why when we have been there do we feel as though we have been home? 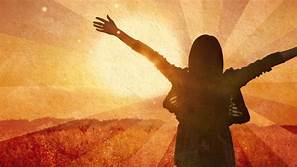 People who have experienced Near Death experiences recount how the moment they come back into their physical bodies, they feel an overwhelming sense of regret: they resist the heaviness of the body; the restriction, the struggle. Emerging from the creative zone is a bit like this. The shackles are back on; we are forced again into the surly bonds of earth.

Eckhart Tolle describes the creative life as mirroring the ebb and flow of the universe itself. We go out of ourselves in the creative act: literally the meaning of ec-stasy. That's why those missing hours of the creative moment have a religious quality to them. Perhaps this is why it can often feel like things are being created through us, sometimes in spite of us.

James Taylor says: I don't know much about God. But if everything does originate with God, then certainly songs do.

Paul mcCartney's song "Yesterday" is the most covered song in music history. The act of writing it, he says, "was fairly mystical when I think about it. It was the only song I ever dreamed."

Neither of these musicians is unique in feeling at times like they are merely the vessel, and the creative product a gift. 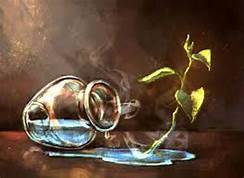 Albert Einstein wrote, "The intuitive mind is a sacred gift and the rational mind is a faithful servant." In our predominantly cerebral culture, we often get that equation the other way way around.

The writer sits down at the desk to write, and, having glanced at the clock, the mind goes into surrender. Trying to control what comes out is anathema to the artist's way. It's the difference between Mozart and Schoenberg, between cosmos and chaos. 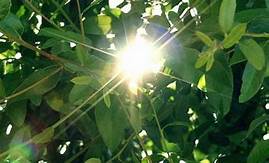 Posted by Claire McDougall at 5:10 PM