And the Oscar goes to...it's a bit like professional boxing - you want to believe in it, but you just can't. Still, we have always pinned laurels on our "greatest and whitest," it seems to be something in our makeup. And we all watch in rapt fascination the lives of these largely dysfunctional people. It's sort of a sick parade, and yet you can't keep your eyes off the spectacle. But I suppose it means as much as it did in ancient Greece when they planted the wreath on the head of the gladiator. It's just that our gladiators are in Darth Vader costumes. The real person is a sickly worm living inside a helmet. But then our age doesn't really care that much about real people. 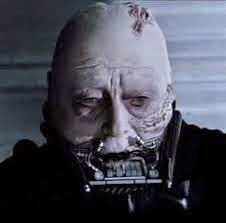 It is the era of truthiness, not truth. I won't defend "the truth," because like everyone else, I can't define it. Pontius Pilate turns away from the condemned Christ with the words, "What is truth?" We're still asking. It's something we feel at a gut level, but it's not quantifiable.  On a visceral level you know that people who murder and maim in the name of truth are nowhere close. And neither does it have to do with "facts" necessarily, which is the realm of science, even though "science" has spawned its own priesthood, as have the militant atheists. 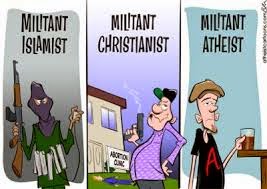 It's what art can point to, though never define, and why, I suppose it's a good thing to honour the efforts of the cinematic artists as the world did at the Oscars last Sunday night.
And besides, if I were truthful, I would admit that following the three-hour long production, I was out in the snow with my dogs, trundling along with my hood pulled up against a black moonless sky, deciding on my acceptance speech if I were ever to receive the award for best adapted screenplay. I decided I would quote Yeats, because the poets get closer than most in this quest for the truth. But I won't tell you which lines of Yeats. You'll have to watch the Oscars - just don't hold your breath!


Posted by Claire McDougall at 7:54 AM No comments:

Just for this week, I'm going to suspend my Woody Allen line that awards are meaningless (Adolph Hitler - Best Nazi!), because I actually just got one! They sent it to me on Valentines Day and it's for best 2014 Time Travel novel. I have never heard of the book site that gave it to me (CataNetwork), but then I have never heard of most book sites. I don't care if its three women (my guess, is it's  women, because women are the book readers of our age - and what does that  tell us?) sitting around a table in Hoboken (I don't know where that is either.) I am going to take the Sally Field approach and overflow with gratitude because now I know they love me! They had all the time travel books out there to choose from and they chose mine! 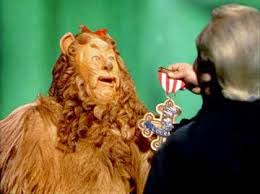 I am particularly appreciative of the timing of this award because my agent is currently in negotiations with my editor for the second book in my time travel series, Druid Hill. Now it's a slam dunk - hey, I got this award from Hoboken, how can you say No?

At some point, someone signed me up for LinkedIn, so I am listed on that site, but I don't use it. Still, they send me e-mails all the time prodding me to provide a proper profile. They ask me where do you work, and I say under the stairs, because that's where I wrote a few of my novels. In a cupboard under the stairs, to be precise. I don't even do Twitter anymore much. I am a publicist's nightmare, because all I do is this flaming blog, which I might add seems to have some appeal in the world arena. Currently, my biggest audience is in Germany. (Vielen Dank, Deutsche Leute - wissen Sie, ich arbeitete neun monatelang als Au Pair Maedchen in Deustchland. Ich habe Sehnsucht nach gutes Brot, Bretzeln und Leberspaetzle!) My fellow Brits check in once in a while, but aren't regular readers. Hey, thanks for nothing - don't you know I have an award?! I can just imagine my Scottish acquaintances say,  "Right, that's it! I always knew she was full of herself." 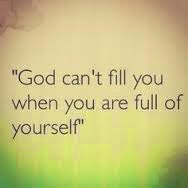 I jest. My fellow compatriots are good Calvinists (or in Scotland, Knoxians.) Whenever you get an award, there's the Christians ready to tell you not to let it go to your head. (A Dubliner once told me that if they see Bono on the street, they don't make a fuss in case it goes to his head!)  But I've been in the closet (under the stairs) for too long. I shall crow!! Even if pride does come before a fall, you know Proverbs 16:18. Yada, yada, yada. I'm back to Woody Allen. So, the award might not mean much, but it makes me proud. And for today I'll claim that pride. Thank you Hoboken - I appreciate it!

Posted by Claire McDougall at 7:51 AM No comments:

Friday, 13th! Get out your ghost and ghoulie costumes! The veil is drawn thin once again. Hold up your crucifixes - the pagan runs rampant for another of those Halloween days!
A week or so ago, I wrote my blog in response to the Charlie Hebdo incident, trying to make the case for satire in any age and culture. So I am more than dismayed to see Jon Stewart announce this week his retirement from the The Daily Show. He is one of the few effective jesters we have in this country, and as I was trying to point out, every king needs his fool to keep fresh air moving about his head.
When I first came to this country, I had never encountered anything like "The National Enquirer," and I still don't get it. I don't get Fox News either. I don't understand how a substantial portion of the nation can bury their heads in the sand and not care that they are only hearing what they want to hear.   Bill Moyers, another "whistle-blower" has written screeds on lying in America and how it goes unchecked, much like the inbred lying that goes on in alcoholic families to keep the truth from the door.
So, the jesters are crucial in this country more than in most others in the "free" world, and this is why I hope the Daily Show carries on in some fashion. If it doesn't we are all in danger of asphyxiation. 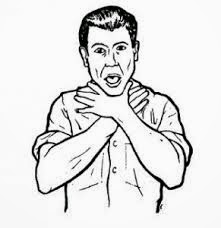 How does all this relate to literature? What is the truth of stories? It's hard to define, but something that you recognise in your gut when you see it. Jane Austen painted a pretty picture of early nineteenth century English society, but it wasn't really the truth, was it? Oscar Wilde got closer by mocking the whole upper crust pantomime. Not long after Austen, Emily Bronte was painting dark moors and subterranean landscapes of the heart which her prim critics described as "demonic." JK Rowling writes tomes about the suppressed pagan and magical in our history, and the folks down south burn her books. 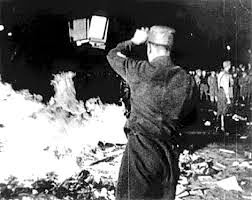 But one thing worse than burning books, is not writing them in the first place. We need stories to breathe by. We need the jesters and we need the bards, to save us from ourselves. We need the druids, too, but I don't know in this day and age what they would look like. I'm not sure we would recognise religious truth-sayers anymore if we fell over them.
Posted by Claire McDougall at 9:01 AM No comments:

The word Numen literally means "a nod of the head." And that is what the Pulitzer board did in the direction of Donna Tartt last year for her book "Goldfinch," and what I would also like to do, because I have just finished her book, and it deserves a nod of the head. Not in the way Harding's "Tinkers" did and does, because that prize was awarded for the sheer beauty of the prose. Tartt's book relies more on plot than poetry, but the dialogue is top-notch and the narrative certainly does compel you along. I'm not sure about it's ultimate message, which seems to be that life is a cesspool with only rare moments of illumination, because I see life as something a little more sun-lit in its own right. I do like her Artful Dodger, Boris - he's the Zorba of this book, although he is an alcoholic and drug addict, and I'm not sure you get to celebrate life through a character that it is zoned out for much of it.
The narrative, of course, centres around The Goldfinch painted by Fabritius in 1654. It is one of those numinous revelations that for Tartt shine out of the cesspool. 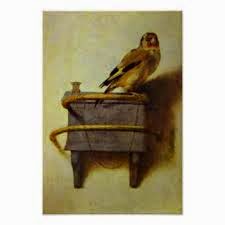 Numen in its common usage, of course, refers to a sort of other-wordly presence encountered in the everyday. A God nod. An epiphany, I suppose. It is these encounters that provide the spark for our artistic endeavours. Of course, it doesn't really matter what it is - it could be a piece of string. It could be a red wheel barrow or a crow. 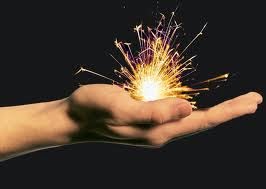 It's not the object of the numinous experience that matters, but the space in which we encounter it. I'm avoiding the word "religious" to describe these moments here, but I still maintain that the artistic and the religious experience are just different sons of the same mother. The sexual is another sibling in that family.

Publishing news: I am over the first round of hurdles with Druid Hill, the sequel to Veil of Time. This round was for my agent, Esmond. I did one final sweep of the novel and it seemed to pass muster, so we're off with it to Abby, my editor at Simon and Schuster (who has first right of refusal, as per my contract for VOT.) Let's hope we get a nod of the head.


Posted by Claire McDougall at 9:15 AM No comments: