Time passes. It seems the older you get, the more life quickens its pace. My life is fast becoming one of those calendars you used to see in films with the pages peeling back and flying off into space. My life has become a flying calendar. 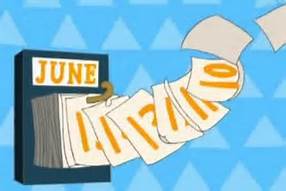 And as time passes, things change that you have no control over. I just heard that my beloved Dunadd Farm, the location for the Veil Of Time trilogy, is up for sale. Two hundred and twenty acres for six hundred and twenty five pounds. An absolute steal, but not one I am in a position to take advantage of. So, it will go from the hands of my childhood friend to some unknown entity who may or may not let me still go there, and and I will have to watch it fly off like I do all the pages of my life. 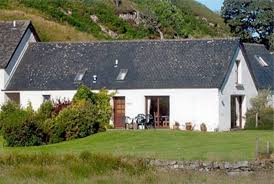 Here's Comgall Cottage (attached to Dunadd Farm) where my story takes place: its view of the river, the blue couch by the windows, herbs in a trough by the door. Along the way, people, things and places move in and take root in you. You hold on tightly, all the while knowing that at the same time you have to let go lightly. It's perhaps the most basic but nevertheless the hardest lesson for someone of my temperament. My instinct is to hold on, whether to homes or things or friends that have outgrown their usefulness, to memories that grind away like old machinery. Holding fast is a good characteristic for things like keeping to your path in life, but not so good when it comes to waving goodbye and turning the corner.

Posted by Claire McDougall at 9:08 AM No comments:

For a long time, I took karate classes and even earned my black belt. The prevailing thought at the studio I attended was that there were simply evil elements in the world and we were arming ourselves to combat them. (I should insert here that this is how the Asian art gets filtered down in America and was not the original notion behind what is in essence a speeded-up version of Tai Chi.)
Yesterday I attended a talk given by Christian historian Elaine Pagels, who was demonstrating how the New Testament book of Revelation permeates political thinking in the West. As an example, she offered George Bush's Shock and Awe, a war cry lifted right out of those sacred pages. Other cultures don't seem to see the world in terms of this hard division between good and evil. In fact, the notion of  "satan" is a concept fairly unique to Christianity. This master of evil doesn't really appear in Judaism. But from early on, Christian soldiers were out marching in the war against him.

Millions of "heretics" died at the hands of The Inquisitors of the Holy Roman Church, and hundreds of thousands of women were burned at the stake, hung or drowned for being "satan's whores." 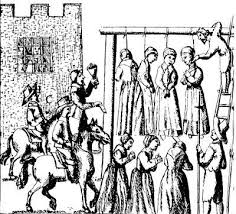 Not so long ago, teachers were training students to hide under their desks in case of an attack from The Evil Empire. George Bush nominated three enemy countries the Axis of Evil. The paranoia that Satan Is Alive And Well On Planet Earth (a book making the rounds in the 1970's when I was a naive and young evangelical) persists today. Mike Pence is now railing against radical Islam as evil.
We ought by now to understand the psychology of this trick: if our enemies are evil, then that makes us good. It is a dangerous and dishonest equation, and less than we can be. Our future and only hope lie jenseits von Gut und Boese.  Beyond concepts of Good and Evil.

Posted by Claire McDougall at 12:37 PM No comments:

Given that this blog was supposed to be about tracking my progress on the publishing trail, so many of the entries deal with topics other than writing. But it's all really fodder for writing, because in the end everything gets filtered down to art. It is very hard to keep yourself focused in this chaos we are living through right now. I spend way too much time on my newsfeed. It has a sort of hypnotic effect, but not one that induces sleep. To all intents and purposes, it looks as though the western world is on a hayride to hell. The major powers of the USA and the UK swing from side to side, one minute to the right and then back to the left, as the recent general election in UK demonstrates: we'll take UKIP-driven right wing paranoia, but at this next turn, we'll take communism instead. All it reflects is a kind of desperation, the cradle, as it has been so many times in the past, for the rise of dangerous authoritarian figureheads.
Well, Donald Trump doesn't fit that bill, because he is a fool. The Russians bet badly on him. He doesn't have the smarts not to shoot himself in the foot. Theresa May is a woman at sea, trying to play the game like a man, just as Thatcher did before her.  It really makes you wonder if democracy is possible at all, when half the demos are sheep looking out for the loudest bleat. 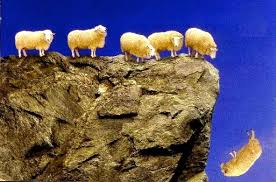 In the meantime, in writers' limbo, I am waiting. Waiting. My agent is on the move, trying to pull a rabbit out of a hat for me and get the publishing of a certain trilogy up and running. I do have a new book in mind, but it is going to involve me going to Israel for a while, and I can't do that this year. I have tentative plans for February at Galilee next year. Part of me just wants to start writing, but then I criticised Gabaldon for writing Outlander without having gone to Scotland. The problem is, then you risk creating a caricature, and I would hate to fall into that trap. If I didn't actually go and see for myself, Galilee would in my mind turn very quickly into some version of a loch, with mist and brooding skies. So I must go. 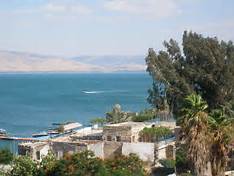 For now, I will keep lying awake at night thinking about plot. Stories do have their own momentum. Like the story of western culture right now, the tale does keep speeding towards a conclusion. Let's just hope it's a satisfying finale.
Posted by Claire McDougall at 11:12 AM No comments:

Last Saturday I attended the local high school graduation and failed, as I always make a point of doing, to stand for the national anthem. I am not an American and there are aspects of America that make me want to reach for the ipecac. Land of the free? Don't make me laugh. What about the native folks and the slave folks upon whom this "free" country was built? The greatest country in the world? You hear it from both left and right of the political spectrum, because it is ingrained at an early age when on any school day maliable little minds are taught to salute the flag. 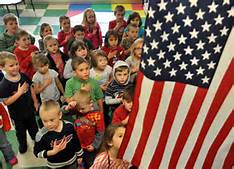 By any measure this is not the best country in the world, and it is time for this childish delusion to be let go of.
Here are some facts.
America lies 17th in the happiness index, well surpassed by "socialist" countries.
In USA, 6 babies out of every 1,000 live births die before they reach the age of one, more than double the rate in Finland,  Japan, Portugal, Norway, Sweden, Czech Republic
America ranks number 17 on worldwide economic growth, behind Ireland, Chile and Estonia.
USA stands alone as being the only developed country that does not provide universal health coverage for its citizens, and the only damn country apart from theocracies that requires a sitting president to be a practicing Christian. 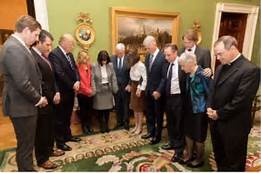 There is a lot to be said for this country of America, and I wouldn't have stuck around here for long if that had not been the case. The American can-do spirit makes of it a good place to raise children and to get ahead yourself if you are motivated. But, America is a very, very young country.
It's a damn teenager, trying to find its identity, and, like any teenager it can be easily led astray. Such is the era, we are now living through. We bought into the bully-in-chief, because no people can turn their backs on reality like Americans. Denial is what we are living through, even though half of us are jumping up and down and trying to point out that the orange king has no clothes on at all. 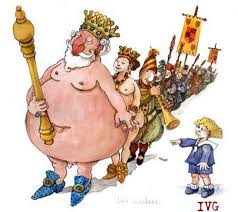 Perhaps the first and best thing for America to do in order to grow up a little now is to admit, left and right, that America is a country among other countries, with some good, some bad, a country that is still taking baby steps, still at the beginning of the long process of trying to get it right. For the rest of the world, it is a problem, not a glory, that The United States  is "the great experiment," that this country, more than most, is still in the experimental phase.

Posted by Claire McDougall at 9:41 AM No comments:

If Music Be the Food

This time of year in Aspen, music comes to town. The huge music tent is spiffed up, and students pour in from every corner of the earth dragging their unwieldy instruments behind them. Strings and horns fall into the disarray of a tune up, conductors tap tap their batons on podiums, and  then all comes together in a surge of harmony (or in the case of Benjamin Briton, cacophony.) 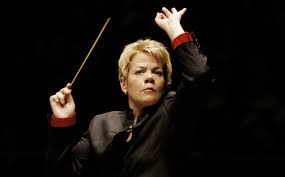 Since the dawn of human history, men and women have slipped out of speech into song. It varies, of course, from culture to culture, but the urge to music is universal. Cats meow, Dogs bark and humans sing.

There is no reason for music. It doesn't make the species fitter, but it does make the human heart bigger. The happy person hums or whistles. It is the universal language of emotion that bypasses the intellect and  drops us into the realm of "religion," I would say, if religion hadn't slipped off into... 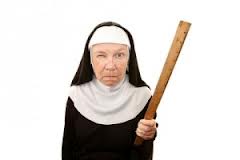 In 2009, Andrew Schulman, a professional musician, was in a coma in a hospital bed, and close to flat-lining.  Given little hope by the medics, his wife plugged his ears with a recording of his favourite music, St. Matthew's Passion. Within hours, his vital signs had stabilised, and within four days he was out of the hospital.
I recently sat on a weekday in the completely empty sanctuary of Riverside Church, New York, in a vast verticle shaft of light enclosed by a vaulted ceiling and stained glass. Luckily for me, the organist was aloft practicing Sunday offerings, and the entire space, both outside and inside me, seemed to pulse and swell. Sitting in churches usually brings on in me a gag reflex, but I had to give in to this, for what is such music other than the spectacle of our race straining on tiptoe?


Posted by Claire McDougall at 10:54 AM No comments: