My blog disappeared for a month, because although I went to great lengths to ensure I could write it  abroad, when I got to the  Middle East, all the blog-writing instructions on the site I work from decided to switch to the local language. Good if you happen to speak that language, bad if you are trying to work out what "publish" might look like in Hebrew or Arabic, and press "Delete" instead. Which is what I did. So, for the first time in four years of weekly blogs, I threw in the towel and decided to ignore the call, just pushed another piece of pita into a plate of hummus instead. And it tastes as good as it looks.
I was in the Middle East doing research for a book that has been floating around my brain for some time. I have put none of it into words, and I figured I couldn't start until I had actually gone scouting out the place. This is new for me: since I have written almost exclusively about Scotland, everything I need to know about the setting is embedded in me on all kinds of different levels.
But I was not made a millionaire by my first publication, Veil Of Time. Not even by half. So, I found a cleaning job for free rent and swallowed my pride (though I didn't stop muttering like Dastardly Dawg while doing it - well, it's not the nicest of jobs at the best of times, but in countries where the custom is not to flush toilet paper....well, you can imagine the rest for yourself.) So, even before putting pen to paper, I have paid dearly for this book. Should it ever come to light. 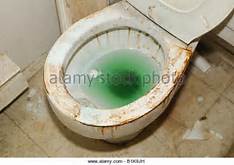 Anyone with romantic notions of choosing writing as a career, should meditate on this: sometimes the writing life is a bowl of Hummus, but other times it's a bowl of shite.