History shows that reclaiming a nation's identity inevitably gives rise to a wave of cultural revival. This is because "incorporated" nations are held in that position partly by suppressing their artistic output, their songs and instruments and tradition, their books. And their history is not taught in their schools, as was the case in Scotland until recently when the new parliament was established.  This kind of thing happened in America with the native populations. It happens wherever colonies are set up. It happened in Ireland and Lithuania, and it happened in India.
Joyce's Ulysses was published the very year of Irish independence, and he was in good company in that groundswell of new theatre and literature that included WB Yeats, Samuel Beckett, Bernard Shaw, to name a few. Independence in India was also accompanied by a revival in the arts, giving the world writers such as VS Naipaul, Narayan, Arundhati Roy, Desai. Both Ireland and India have become known for their literary output.
The first thing Lithuania did on its road to independence was to establish its own press. Scotland has but one main press, which although founded on the principle of supporting Scottish literature, has more of a global bent these days. There are a handful of smaller presses doing what they can to pick up the slack, but they are Davids in the face of London Goliaths. 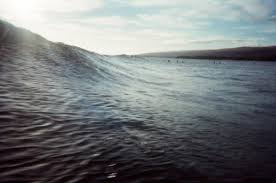 So, here's a call to the Scottish government to build an armature to support this gathering wave of the arts, by creating a Scottish press and fostering a fertile soil where the artists and artists-to-be of Scotland can flourish. It should make sure the wee boys and girls in Scottish schools are steeped in their own history, are encouraged to write poetry, sing songs, paint, let their story out.
It's not a manufactured sense of nationalism, as Nazism was and as the overlords and conservative media always try to make it seem. It's the beating heart that was stopped for all those centuries but is now thumping again. I'm not writing books to that end - it's just what's coming out, because I grew up on the silent heart of Scotland and now my writing naturally strains towards the beating drum. I know I am not the only one. 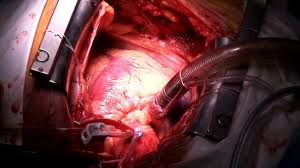 Totalitarianism can be imposed from within, as it was by feudalism and by communism, or from without as it is in colonialism. But you can stifle the voice of a nation for only so long, and then come the Solzhenitsyns,  the Lixiongs and Tserings, the Joyces, the Yeats and the Rushdies, all trying to give a voice to a throat that has been cut. It's the nature of art to do this, not because it is political, but because it is the beating heart of any people, and sooner or later it is going to be heard.


Posted by Claire McDougall at 11:10 AM No comments:

"Lots of men looking to meet a mature woman." I keep getting this email from dating agencies that I have never subscribed to. They must have figured out my particulars from the kind of hits I make on Yahoo News or something. They must have noticed that I never click on new dresses sported by Kate Middleton or anything at all to do with the Kardashians. They have figured out that I am so past it, I won't mind being called "mature." Like an old whisky. Lots of men are looking for whisky, so why not an aged woman?
I'm not aged, of course, though I might be before this publishing business spews me out on the other side. The picture on the back of my bestseller could well be of a grey-haired, terminally wrinkled, version of myself.

Claire McDougall the geriatric who writes of life and love on Scottish shores from her wheelchair. Get your copy now! Well I promise to dispense with the spaghetti straps before I come to this. I promise to wear a wig.
The lady who owns the bookshop in the town closest to where I grew up says my books are too expensive for her to stock. She says she has to sell them at a loss. Scotland, it seems, is not reverberating with the joys of my debut book. It doesn't really even know it's there. "It's hard for Scottish authors and publishers to get their books in book shops," says a woman from Scottish Publishing.com.
So I left Scotland with my shoulders slumped, my hands dragging palms-up like a cartoon character in an advanced stage of despair. I felt unloved by my beloved country.
But I am not one to go gently.  You can't keep a good woman in spaghetti straps down. 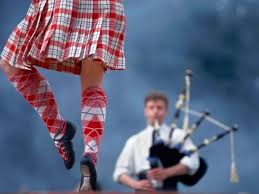 Back in my office every early morning, I am churning out the next new thing and singing, I Can Go the Distance! I can't read the future in my cup of tea, wish I could - but I do know this publishing business takes the heart of a Hercules.

Posted by Claire McDougall at 8:38 AM No comments:

Someone asked me recently at the close of my week in Scotland how I felt about leaving. Truth is, it is always a gut-wrench, but I'm not sure what exactly that has to do with. I don't use the term lightly, either. There is a distinct sensation of being torn inside as my rental car pulls me for the last time away from the sights I love and carries me off to the airport. Some part of me stops here and won't re-awaken until I am back in another rental car driving up from Glasgow, stopping for tea in the kind of tea shops I write about or dream about, just very ordinary tea shops. But they belong to this place as I do. 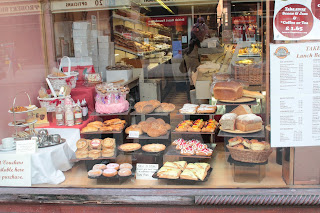 And during that future trip I will climb Dunadd again, I will wander around the Kilmartin Museum and drive someone else to the cottage on the shore that I fantasise about living in. I will wonder, as I always do, if it will ever happen and wonder if I could come back. 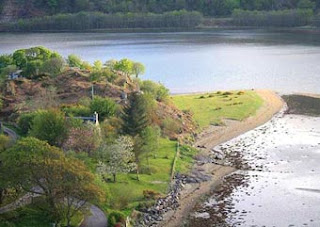 At customs in USA, I show my green card and they take my fingerprints because they know I am not one of them. I could apply for citizenship and it would be granted. But something has always held me back.  I live in this amazing place called Aspen, home to world renowned scenery, and world class theatre and music. It is such a privilege to live here, and yet - what about that part of me still slumbering in Argyll? Aspen is gorgeous, but it doesn't live in me. I am an outsider here, both culturally and because I don't bleed for this place. No gut-wrench.
I'm not the first to experience this double-edged life. I can barely think of a writer who lived in the place they grew up in and kept writing about it. It takes a certain severe longing to motivate that pen, and that's why I have to wonder about moving back to Scotland - would I ever write again? And would it matter?

I just did one of those readings in Scotland that I have done a few of in America, where people trickle in and you read aloud from your pages.  It wasn't in a book shop, but in a farmhouse with a view  across Loch Sween. This is what I was looking at through the window as I was talking and describing how I came to belong to the league of pen-pushers. 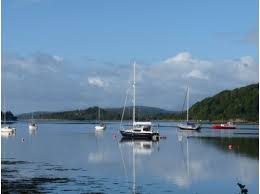 I was reading about things my American audience struggles to picture. Everyone at this reading had been to Dunadd Fort - not a fenced-in compound for soldiers, as forts are on this side of the Atlantic, but an ancient rock citadel ringed with dry stone walls. Dunadd used to house royalty back in the early part of the first millenium when my book takes place. But these days it is home to nothing but a small group of Hebridean black sheep who like everything else here smell of bracken and earth, munching away on the softer vegetation, without so much as a nod to the heavenly vista of sea and islands.  My corner of Scotland is a quiet place, not just in terms of decibels, but because life has a pace here that is really only determined by the land itself in its cycles and seasons. It's a place where man seems almost insignificant.
The great houses of yesteryear, like the one below, are slowly being swallowed by the silence, by trees and moss, being taken back inch by inch as though they only ever really existed in in the minds of a gentrified class. 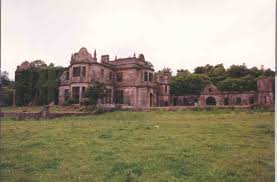 I grew up in this ghost estate, in the house once reserved for the head-gardener who oversaw sixty-three labourers. Those men and boys planted exotic species like rhododendrons that have spread wild and become part of the landscape that threatens to take the place back. The indentured gardeners of yesteryear once lined walkways around this house with moss for the silk shoes of ladies who didn't know how to boil a pot of tea. And now there is only this echo. Perhaps growing up in an echo was the soil out of which my story-telling grew. Perhaps it's the only way I have of stopping the moss growing on me.

Posted by Claire McDougall at 7:11 AM 5 comments:

I once came back here to my home in Argyll and found myself outside the graveyard where the model for one of my chief characters was in the process of being buried.  So close does the world of art lie to the world we like to think of as the "real" world, that this time before I left Colorado, I was even contemplating bringing my new little Winnie cat to Dunadd and leaving her here. She appeared on my doorstep a few weeks ago straight out of the leaves of my published book Veil Of Time which takes place here at Dunadd, and some part of me believes she really belongs here. Perhaps she does, but in saner moments I know she will do more good purring on my lap while I compose my soliloquies. We all need our muses. 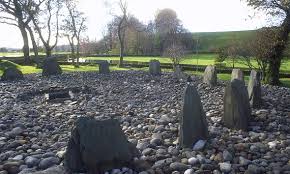 The Scottish singer Dougie MacLean famously wrote about standing on the land where Fotheringhay Castle once stood and where Mary Queen of Scots was beheaded . "Something happened here....on the silent fields....Mary,  I can feel your heart breaking." The land speaks - don't know how. Places must be like sponges and absorb energies, especially intense human emotions. Perhaps that's all ghosts are.
But for me there is no land that hums like this place where I grew up with its ancient fort and its stone circles. I have a genetic link to this place: my ancestors Duncan and Ewan McDougall built castles here in the thirteenth century.

This is the main one at Dunnstaffnage near Oban, Argyll, as it sat in the mind's eye of an nineteenth century engraver. This is how everything sits in my mind's eye: whispy, half-created, dancing between worlds. Humming.


Posted by Claire McDougall at 12:40 AM No comments: