Aspen, in the summer, hosts the famous Aspen Musical Festival in its huge permanent tent with state-of-the-art acoustics and comfortable cushioned seats.

The wind gently rustles through, and even when it rains, it simply seems to add percussion to the music floating out all around you from the stage. Many famous musicians and many many talented students fill Aspen all summer, and it is a boon to be able to participate.

On Sunday, I went along to hear Augustin Hadelich play Mendelssohn's violin concerto, so I took my seat very close to the stage, not wanting to miss any nuance of his performance. While the orchestra filed in, we had time to skim through the notes: the first piece, which I won't name, was just recently commissioned and this would be its American debut. I know I'm going to sound like an old fogey, but I wasn't optimistic.
The orchestra was in its last cacophonist moments as the conductor walked onto the stage. The concertmaster shook his hand, and gave the tuning A. Everyone played an A. Everyone was in tune. And then for some reason the orchestra went back to the beginning and started a ferocious cacophony of tuning up and practicing again.
You know where I am going with this: No, they weren't tuning up, but that's what this modern ten minute piece sounded like. Cacophony. So, call me old fashioned, but art to me has to contain a certain beauty, a certain coherence and a certain resonance with a higher consciousness.
If this modern piece reflected the state of our collective consciousness, then I don't hold out much hope for humanity. Of course, it's hard to have any hope, living through these times of war, thuggish leadership and inhumane practices.
The saving grace of the piece was that it was short. It finished to lackluster and off-beat clapping.
And then Hadelich came on,  launched into his violin concerto, and all was right again with the world. 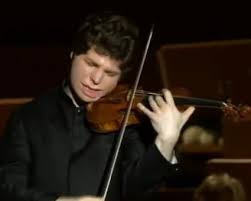 It's not that Mendelssohn suffered no pain in his life: he composed like a maniac from the age of nine. Grief from the loss of his beloved sister Fanny sent him into ill health, and he died from a ruptured blood vessel at the early age of thirty-eight. And it's not like the violinist Hadelich has had it easy: at the age of fifteen, he was severely burned in a family fire, was airlifted to Germany for recovery, but it wasn't clear he would ever be able to play the violin again.
The point is, you can have cacophany going on in your life without having to spew it out into the world. You can take pain and create beauty, and that, it seems to me, is what the modern composers are missing.
Posted by Claire McDougall at 4:20 PM 2 comments:

Out Of The Fire

There are thousands of acres of wildfire burning about ten miles down the road from where I live. You stand on your doorstep, and it smells like hell burning.
Everything is fine in your world until suddenly it isn't, and I kind of like the fact that even in this world of men (I choose my words carefully) nature will always have the last word. It would only take a sun flare-up, and all our little handheld computers with all the information we have stored on them will disintegrate in a little puff of smoke. Mankind could go the same way, and without us the earth would quite merrily keep on spinning, even changing its axis from time to time; the Milky Way would keep on hurtling through space. 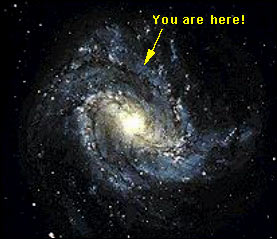 We go through life with a magnifying glass trained on the facts of our lives, even though the facts of our lives hardly have any significance at all. We plow through life ignoring the destination, thinking that our foot on the pedal is of utmost significance. It ain't. The sign posts are pointing the way to dusty death, and we are but poor players. 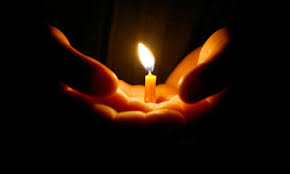 That's the fact, but also the glory. In the grand scheme of things, the fact that I lost my lovely little cat this past week, the idiocy of Donald Trump, the corruption of Brexit, the fire burning ten miles down the road, the silly human race running around beating its chest, its churches and sepulchers, the altars to all it holds dear, are imperceptible flashes in a great cosmic frying pan.
That's all.
Posted by Claire McDougall at 7:11 AM No comments: