This week I attended a panel discussion among several top-tier writers at Aspen's summer conference, the very conference that supplied me with my agent all those years ago (after MANY years of being marched by teenage table-seaters out to yet another agent looking at their watch waiting for these endless 15 minute sessions to be over - it was horrible, so much so that I have come to associate the conference with pain and stupidly avoid it. Well, I'm a published writer now - I don't need it! Ha!)
In the picture below, guess which one is the agent... 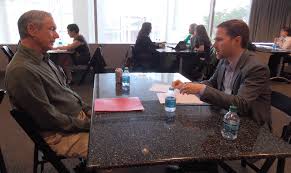 The one in the suit is probably saying, "Yeah, send me the whole novel," leaving out the subtext which reads "...and I'll find someone in the office to read it, or at least ten pages of it." And then about three months later, the rejection comes.
Actually, judging by the look on the prospective-client's face in this picture, it looks as though the agent is just telling him right up front, "I'd like to say that your writing stinks, but that would be bad PR, so I'll give you my card and, really, send me something else in the future, assuming that future never comes."
One year at my annual set of meetings, I talked to one agent from San Francisco who was very enthusiastic about my ten-page offering and told me to send him three of my novels (if I could remember the sod's name, I would expose him here, but I had to forget him in a bad way.) After three months, I started to call his office. He was never there, according to his secretary. I e-mailed him a few times and got no response. Nada. Yes, it's a roller-coaster ride this writing business, when it is a business, when you have to get out from your writing cave and market the damn stuff you're producing out of the guts of your bleeding heart. 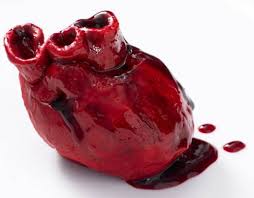 Andre Dubus was on the panel. He wrote House of Sand and Fog, a book I liked very much, made  later into an outstanding film. He's an animated guy who cried when one of the other panelists read a passage about losing her five-year old daughter. I'm glad he cried. I'm glad that fame hasn't removed the bloody heart from his sleeve. It's the writer's curse, that, the displaced heart.
Posted by Claire McDougall at 8:53 AM No comments:

A recent article by a high school teacher in California was pointing out that although Shakespeare isn't necessarily required in college-level English, he is still part of the curriculum for high schoolers. Because her classes are mainly comprised of African American students, she was calling on the powers-that-be to relinquish this requirement. I'll chime in that it isn't just American minorities that are at a disadvantage here. Being made to read Hamlet in my Scottish high school made me hate him. I could never figure out what the heck was going on. It's one thing to require this of students studying ancient English literature, but for high schoolers who not that long ago had their fingers up their noses, why do we insist on pushing those same noses into seventeenth century English? We don't make them read Chaucer. 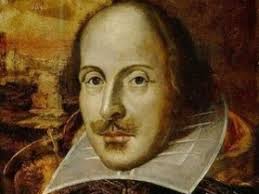 A lot of it has to do with literary snobbery, of course. Americans might be even more snobby about this than the English. By the grace of the gods, my high school teacher also put in our grubby hands a gorgeous little book entitled Cider With Rosie. I don't know how that would stand up to another reading now, but the idea then was to make us fall in love with modern English and lovely lyrical writing. And fall I did!

It was published in 1959 and has sold more than six million copies. And it's still in print! Still being assigned to book groups. Still lovely:
“She leaned out of the window slow and sleepy, and the light came through her nightdress like sand through a sieve.”
I bit into this particular peach of a book by Laurie Lee, and the juice ran out and down my hands, and it's what I use these days to cobble together my own stories.
Shakespeare has his juice, too. There's no denying. There are entire soliloquies of his that pace around in my head. But it's more a kind of wine. Not for the young. Let's leave it until they can savour it, if they want it. You catch more bees with honey, anyway. Or peach juice. Or cider.

Posted by Claire McDougall at 7:48 AM No comments:

They say that stroke victims who have lost the power of speech, can sometimes still sing lyrics, because that song-part of your brain isn't the same as it is for speech.  In fact it's on the opposite side of the brain. This is a very neat metaphor for why we need stories and in particular poetry: It isn't speech. 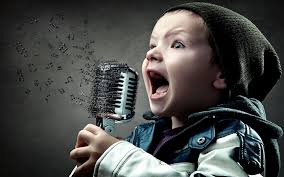 Modern poetry has lost that differentiation and eschews the lyrical and the rhyme. It no longer understands how close to music it is on the spectrum. That's why it tends not to rhyme but why songs still need to. A sung verse with an off-rhyme leaves you feeling oddly dissatisified, like a bite into plastic fruit.

Supposing the last line had ended candle light? It jars, doesn't it? That other side of our rational linear selves doesn't like it, even though we have convinced ourselves that poetry should not give in to anything so contrived and pat.
Speech belongs to the linear part of the brain; art is seated over there in the messy beautiful circles we call creativity. It sings. 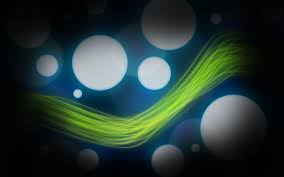 The glacier knocks in the cupboard,
The desert sighs in the bed,
And the crack in the teacup opens
A lane to the land of the dead.

You have to stroke this verse from Auden. Though it has no music, it has to be sung.


Posted by Claire McDougall at 11:03 AM No comments:

The visible universe only amounts to four percent of reality. The rest is detectable only by the effect it has on what we can see and measure. But scientists know it is there. It is all just a little spooky. 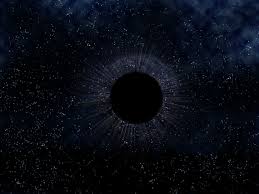 Dark and spooky -  good material then for a novel, especially for the third part of a series on TIME. I have been standing at the precipice over the writing of this novel for quite a while, because it is going to be dealing with a very dark matter: the very dark issue of how we got to this point in history on the verge of extinction and how we could have opted for a different route.
We live in a post-Christian society (according to Rowan Williams, former archbishop of Canterbury), so where to from here? Over in India, they have had the answer for a long time: you have to sever the head of the religious gorgon you created and see that all things, gods, religions, history, hopes and fears are invisible, come out of nothing and go back to the same place.  Our universe is simply a passing thought in the mind of Brahma, which is itself a thought.
So it's all very dark and unapproachable. But this is the way stories get written: the writer takes a torch through the dark dark wood and illuminates little patches. 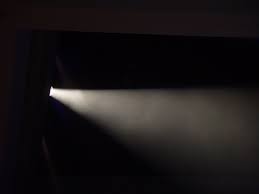 This torch is my only equipment as I embark on the walk. This light in the darkness is the human heart . But I am avoiding my desk, trying to avoid the spooks. In the quest for truth, this small area of illumination is all we are ever given.

Posted by Claire McDougall at 7:11 AM No comments: