After waxing lyrical in last week's blog about not having my writing flow interrupted, Christmas and family have descended and done just that. But it's only a few days, and I can juggle the story in my head for that long. I may not be at my desk figuring out how to rob a national museum, but the play is going on like some silent movie in the space between my ears and the intent remains unchanged. It can even be productive to let the plot go down into the unconscious and let it sit a while. There's only so much that the space between our ears can generate. Stephen King purports to take no holidays and can be found tapping away at his typewriter (literally) on Christmas day, but it seems to me at that point you start to lose touch with life itself and are in danger of reconfiguring reality according to the self which is not a desirable thing, since the writer is there to reflect reality not create it. 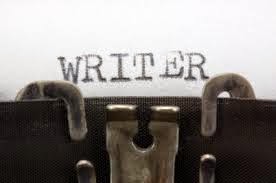 It's a fine line, as most things are: You have to have enough hubris to step over the line, but you should be careful when you do and always have a good exit strategy. You have to immerse yourself in the world you are creating, but never lose sight of the fact that this is fiction and a larger reality exists that puts your vision in some kind of a context. Perhaps artists walks a thinner line between sanity and the dark place, but my advice to writers is to make like good pagans and not lose sight of the light. 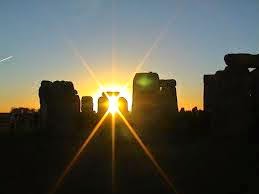 This Christmas/Solstice holiday time is precisely about that: from here on in, the stretch of daylight  gets longer, and that is a good direction to be moving in. Before the christians took over the season, people in every corner of the earth naturally celebrated the turning back towards the light. As humans we are naturally heliotropic, which is why insanity lies somewhere over there in the darkness.
So it is all good. Call it what you will, install whatever religious icons you have to, but the world spins on towards the light and takes our spirits with it. We can't help it.We are the sunflowers of winter, naturally unfurling towards the sun.

Posted by Claire McDougall at 9:06 AM No comments:

Winter obliged this week in Colorado with what natives deem "a good dump." 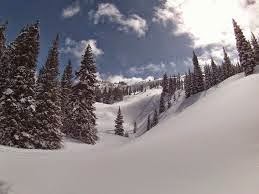 You get rather blase about scenes like this when you live in them, but there really is nothing more spectacular than the sun coming out in the mountains after a night of snow and setting the whole scene aglitter. This is where I live. I am a lucky woman (skip ahead to April, it won't seem so appealing!) Out of my window as I write is a calendar view of a range of mountains lined with pistes, peaks wherever you look, skinny Aspens  in the foreground that winter has stripped but still left a kind of fragile beauty. The bears are a-snooze at this time of year, but the mountain lions and coyotes are still on the prowl. Every so often a herd of two hundred or more elk wanders through. I didn't grow up in such surroundings, but they have been home for getting close to thirty years now. And yet I know I will not stay here. It's not written into my fabric as the hills and glens and lochs of the west coast of Scotland are.
One day, I will no doubt look back on these snowy winters in this middle section of my life, but it will be a sentimental look, not what the Germans call Sehnsucht. This is more than just longing. It's longing to the point of addiction. For better or worse, I am addicted to Scotland. 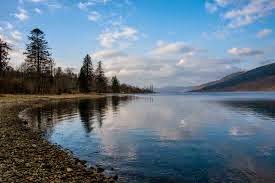 News - publishing news. My agent took a look at Druid Hill, my sequel to Veil Of Time, and deemed it worthy of taking to the publishers - once I fix a few problems, that is.  Not all agents involve themselves with polishing manuscripts to this extent, but it is probably as well for me that mine does. Quite apart from anything else (but something he pointed out) the dang thing is riddled with typos. This is only partly due to my inability to spell - it's because my ancient computer won't spell-check a document the size of a novel.
I can't get to it now, though. I am too caught up in the current novel I am writing. It's too close to the climax. To stop now would be the literary equivalent of coitus interruptus. Scriptus interruptus. Can't do it.


Posted by Claire McDougall at 7:36 AM No comments:

Crows and other Mythos

So much depends upon the cry of a crow perched on a telegraph pole on a country trail in December with only the sound of tires on a distant road as faint backdrop. Such was my e.e. cummings moment while out walking my dogs today. The crow jolted me out of my ruminations just as the red wheelbarrow disturbed the poet. Cummings was right - it is these little epiphany moments that are the life-blood of the artist, the focal point of all of life right there in a black crow, in a wheelbarrow glazed with summer rain. So much depends upon it. I'm not sure if so much ultimately depends upon it, but for the artist, the poet, the writer the musician or sculptor, there is no urge to create without it. These are the moments that excite the creative quick. 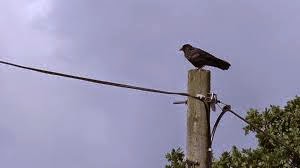 If you're stuck for something to write, bare yourself to these moments, cherish them and tuck them away in a hidden pocket. Don't try to contrive them. Let them find you.

Many moons ago, when I was a philosophy student in Edinburgh, I was assigned weekly essays. My nemesis back then was a tall English aristocrat, an angular and rather handsome professor in her early forties. I won't name her because she went on to Yale and Princeton and could sue me if she is still alive (she is  - I just looked her up and she looks like a nice old lady now!)  At the time, Doctor W. suffered no fool gladly, and most definitely suffered from ye olde pogo stick up the rear end. Though it was not required at Edinburgh University, she wore scholars black weeds, and she scared the living bejesus out of me. I would feign all manner of illness just to get out of private tutorials with her.  I don't know what I was doing in the field of philosophy exactly, because I was probably less suited to the art of dry argument than anyone I think of. But Doctor W. should have noted Scotland's motto, Nemo me impune lacessit. No one provokes me with impunity. Then she wouldn't have become a central, and not altogether sympathetic, character in one of my novels. But I digress... 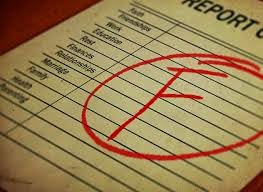 What I would have to do to write these assigned essays was to find that spark that touched my creative quick and ride the wave from there. An essay on a Platonic dialogue would become a discussion of the novelist Robert Pirsig's distinction between logos and mythos. Doctor W. was squarely of the logos school, and I was definitely more in the field of mythos (which is why I shouldn't have been studying philosophy in the first place!) Her comment in red ink on that particular essay: This is the work of a person who is determined to remain an amateur.
Funny thing is, old Doctor W. was right. An amateur philosopher I surely was. But what I became in my  profession of writer was a mythos-maker, turning my head on solitary walks to the crows, upon which so much depends.

Posted by Claire McDougall at 10:58 AM No comments:

Writing in the dark

There is probably nothing more fundamental to human beings than telling stories. Cave paintings like those blood-red animals in Lascaux France date back around 14,000 years, and they're all over the globe; some go as far back as 40,000 years. This is an era when people were still migrating out of Africa, a period thousands and thousands of years before stone circles or pyramids or any other human structure.
No written word then, of course, just pictures on a wall telling stories, trying to make sense of this place we find ourselves in. Here were our ancestors, thrown into existence (as the existentialists put it) trying to make sense of where they found themselves and who they were.  The first human to draw on a cave wall was the very first author. 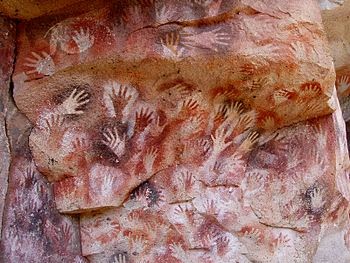 And today we are still telling stories. There is a very haunting line from the very haunting film The English Patient that is written by the injured  female protagonist in The Cave of the Swimmers in the Sahara where she has been left with a fire and a flashlight while Ralph Fiennes is on his way for help. Help, of course, never comes, and so the fire and then her flashlight run out, shortly before her life does. "The lamp is gone now," she writes. "I am writing in the darkness." A cave writer, just like the cave painters. In the dark. But in a very real sense, we are all writing in the darkness, trying to poke a hole in the mystery of why we are here at all.

I'm thinking about these large questions, partly because after more than twenty years I'm re-reading Pirsig's Zen and the Art of Motorcycle Maintenance. Here's a book that was rejected 121 times before being picked up by a publisher.  While writing the book, Pirsig had to hold down a day job, and so he would work on it from 2 am to 6 am every morning. That's what you call writing in the dark. But what's the drive? With no hope of publication, why did that man keep sticking his hand print on the wall?
Of course, Pirsig's book became a classic, and is these days regarded as something of a cultural icon. But that's the thing about writing in the dark - only one in one hundred and twenty-one people are going to be able to see what you're really doing.  Still, this is how we as humans struggle towards the truth. I don't care if your a minimalist atheist rationalist, you are still telling yourself a story, still trying to forge little pin-pricks of light out of the darkness. 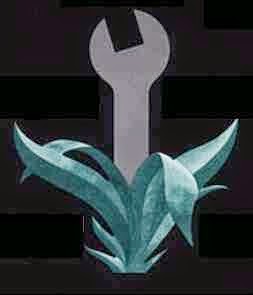 In a time before we projected our idea of god into the heavens, the human being and the god being were not so separable, and so the god was able to tell stories through the man. "En-thused." En-theos, literally means "Possessed by a god." Here's the spark, the flame that inches those drawings, those writings, towards the light. It's the knowledge that we are more than tattered coats upon sticks. Look - my hand on the wall, more than just sticks and bones. I am homo-en-theos; the eternal shines through. The story marks the moment. The writing on the wall says that this is so.
Posted by Claire McDougall at 5:30 AM No comments: