On my first visit to this country, I naively asked a young African American at dinner if race was still a problem in the United States. I was clueless and only twenty-one, so I could not have anticipated his reaction when he got up from the table and walked away. I was, after all, in the north east of the country, in Ivy League Land. Later, when I came to live in Aspen, I hardly ever saw a black person.
But if there's one thing this era of Trump has brought to the fore is that I was right to ask the question in the first place. And the answer is a resounding Yes.
This week, Alabama elected a known racial bigot, who has been kicked off the judicial courts in Alabama twice for being too racist. Last month, Trump pardoned a convicted racist, Sheriff Arpaio, and, in Charlottesville, Virginia, the KKK and Neo Nazis came out with their stupid torches and white supremacist chants. It makes you wonder if  all that happened at the behest of Martin Luther King was that white prejudice went underground. At least, it is now showing its face in all of its ignorant glory. 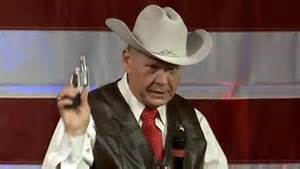 Despite Aspen being almost entirely white, it does in its whiteness support a vibrant Latin American community (who else would clean the toilets?) Spend any time among these people and you realise that they have much to teach us. While we knot our handkerchiefs and wait in line to see our shrinks, they are blasting their Latin music and embracing families, their own and those of others. They  have something we long ago lost and which the French encapsulated in the term Joie De Vivre. We have forgotten how to live and our colourful neighbours are our only chance to get back. 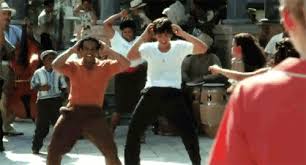 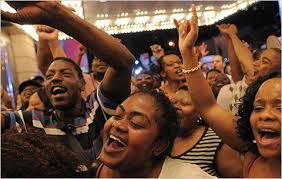 You look at Trump's party of old bigotted white guys, and you long for a regime change, one of race. Speed the day when the supreme court is mostly ethnic, when when right-wing republicans have no one left in America to appeal to. Speed the day when black folks do an African dance on the grave of white supremacy, and men like Donald Trump and Mitch McConnell are defined in history's black and white pages for what they were: smudges among the lines. That's all.


Posted by Claire McDougall at 9:30 AM No comments:

I know I harp on a lot about the inner workings of Empire, but it is really hard to ignore it as we watch Spain seize Catalonia's finances and roll tanks in to take over operations so that the Independence Referendum it is planning to hold on October 1st will never take place. It appears to have slipped Spain's mind that the right to self-determination is written into the United Nations charter itself. 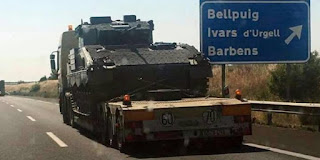 The BBC (and the British government - there may be no difference) is giving the situation next to no air-time, and when it does, it refers to the Catalans as "separatists," which is a ploy it also used during Scotland's campaign for independence. Even though Westminster is in the process of separating itself from the European Union, it still paints Scottish "separatists" as selfish trouble-makers. Like Catalonia, Scotland must stay in and be ever grateful for a union that dismisses its culture and sense of worth with the wave of one hand while grabbing its resources with the other. 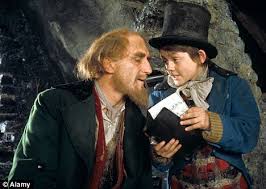 The truth is that Madrid wouldn't be interested in Catalonia and neither would Westminster be interested in Scotland were it not for the "embarrassment of riches" (McCrone Report) there for the draining. If, like the independent Isle of Man sitting off England's west coast, neither place had rich natural resources, they too would be left alone to self-govern, to be their own country and not part of another of history's self-aggrandising kingdoms.

Posted by Claire McDougall at 7:25 AM No comments:

Because I could not stop for death, he kindly stopped for me... I always say that Americans "do" death much better than the Brits, but not that American.  In the enviroment where I grew up the Scots word Dreich most aptly describes the rite that is supposed to walk mourners through loss to acceptance. Dreich is an adjective I would use to describe a lot of what goes on in dusty churches throughout my native land, but it gets amplified when it comes to death: miserable dirges, rain, solemn graveside pronouncements about ashes and how death has no victory despite all evidence to the contrary. All very glum. 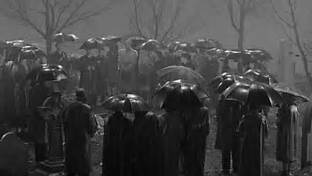 Maybe things have changed since my childhood in Scotland, but if they have, it's probably because America took the lead. Americans in general have taken the art of denial to new and surprising destinations, but in the case of the Grim Reaper, it serves them well. Who needs Dreich  at a time like that? 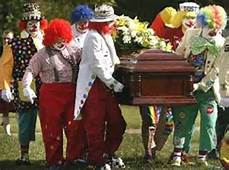 In America you are more likely to be invited to a Celebration of Life than to a funeral, and maybe that's a better way of letting the dead go. We've all seen pictures of mother chimps grooming a dead baby, carrying it around for days on end. Eventually, however, the mother chimp puts her dead baby down and moves on. For too many of us, we never put the dead down, and after a while they turn into ghouls and begin to stink.
Posted by Claire McDougall at 9:37 AM No comments:

From my window, I can see a Rocky Mountain called Capitol Peak. The top is over fourteen thousand feet high, but that doesn't stop, instead encourages, people to climb it. This last season five climbers have already died up there. At least three of those deaths happened despite warnings that the descent they would choose was going to lead off a cliff that isn't visible from the top.
No matter where you live in the United States, it has got to feeling like we are all at the top of Capitol Peak right now, trying to figure out a safe way down. 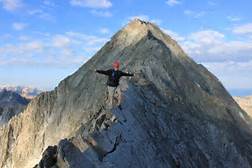 When chaos like this ensues in a country, it quickly effects the psychological health of the people at large.  Right after 911, a bio technician mailed out envelopes containing spores of the deadly anthrax virus which killed five people. The perpetrator had nothing to do with Islamic terrorism and acted alone, but sometimes when people live on the edge of sanity, all they need is general chaos to push them over into the abyss.
You might think of this as the trickle down effect, not in economics (which isn't a real thing) but in levels of national sanity. With a mentally unstable president in power, all kinds of minimal paranoia that hitherto has remained in check, suddenly grows a gorgan's head. and precipitates destruction like the violence we have seen in the last months from the extreme right. 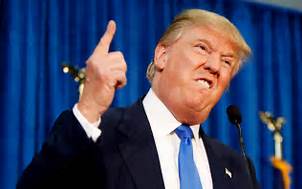 I don't like living on a knife edge. I suspect most other people don't either. I hope we're on the verge of cutting off the Gorgan's head and returning to sanity. I hope history will relegate this period in American history, and by extension world history, to its graveyard of temporary insanities. It is my hope that in the not too distant future, we will come down from this airless peak to the valleys of green again. That we will get back to what was happening before chaos overtook us, which was the gentle (if not linear) evolution of humankind.
Posted by Claire McDougall at 7:37 AM No comments:

In the wake of the British Empire, no fewer than fifty-eight countries re-gained their independence. As the saying goes, Empires Rise and Empires Fall. Spain's empire, second only to Britian's, also in the end had to let go of its colonies. In the link below, some genius put together a graphic for how these territorial expansions on the world stage have looked throughout history:

It's the wide-angled view of empire, the less savoury side of a phenomenon like Downton Abbey. I grew up on a defunct estate like that. We lived in the head gardeners house on land that had boasted sixty-three gardeners. Untold wealth was made for the empire on the backs of slaves working on sugar, tobacco, coffee, chocolate and cotton plantations. Some of our friends in the American south would like a return to this life of white privilege. Some of the British would, too.
But what these empires leave in their aftermath is not a pretty picture. Colonies are taken up, drained, and then discarded. 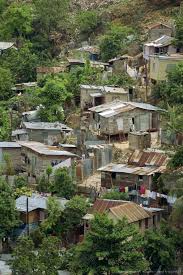 And the last colonies to scramble back to the beat of their own drum are the ones in close proximity to the "mother country," because the removal of local identity has been most successful there. The language is eradicated, the music and customs almost all gone the same way. This is how the engine of colonisation proceeds. 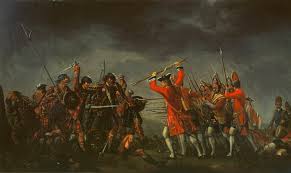 Despite being forbidden by their "mother," the people of Catalonia are next month going to the polls to vote for independence. Catalonia was colonised in the fifteenth century, since when Spain has attempted to stamp out its language and the autonomy of its culture as a whole. Meanwhile, Catalonia, like Scotland, contributes far more to its coloniser's coffers than it gets back in per capita spending. This is empire we're speaking of, and the bottom line is always money.
So, let's keep our eyes on Catalonia, and see if truth can be taken to power and win. Of course, Catalonia has set up its own central bank and owns its own media, which makes independence an easier sell there than it (apparently) is in Scotland.
But perhaps we'll all get there in the end. Because, no matter where you live, the after-taste of empire is bitter and sooner or later it needs to be expunged.

Posted by Claire McDougall at 9:11 AM No comments: