Holding Out For Hope

According to the Buddha, all of life is suffering, and the world seems to want to drive that point home right now. Democracies are giving way to autocracies, governments look more and more corrupt; the poor seem to get poorer and the rich get richer. There's Trump, the world's current emperor with no clothes, and he's not even the worst you can say about the USA - he's simply the fool being used by a highly corrupt party that has very little sense of the good, and a whole lot of allegiance to what is most expedient to its own survival. There's horrible racism and misogyny and just plain inhumanity, and that's still within the fifty states.
In addition, you have Russia using insidious means to expand its influence and its borders; and throughout Europe we are seeing the rise of authoritarian regimes. In England there's Theresa May and her party about to lead not only England off a cliff with Brexit, but Scotland, too, which expressly voted for this not to happen. The world over, we are witnessing vestiges of imperial power still wielding its ugly sword in the faces of those who would dare to oppose it.

Nothing in the world seems very stable at the moment, and it has you glued like a maniac  to your online news or your twitter feed.  It keeps you awake at night, because, perhaps the Buddha was right after all, and the whole turning globe we live upon is just a mess and complete mayhem. 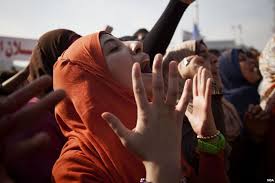 But not so fast. Though it doesn't make for urgent headlines, not all the news is bad. Despite the gloom that the autocrats in power like to feed to their minions, things have been on the uptick in the world for quite a while now. I'm going to list a few of  these things here, because every time I come across them, I'm able to catch a breath and actually enjoy the process of being human for a while.
Here's how the world is improving:
1) The incidence of war and people dying of war in the world is at an all-time low. Violence of all kinds in the world is down.
2) Death rates are falling globally. Better sanitation and advances in medicine translate into longer life-expectancy.
3) Infant mortality rates are down 15% in the last decade.
4) Maternal mortality has halved since 1990
5) The rate of global illiteracy has gone from near one hundred percent in the year 1800 to under fifteen percent in our time.
6) 721 million fewer people live in extreme poverty now compared to the year 1981

So, smile and be happy. The world isn't actually falling apart. In many ways, it is just starting to bring itself together.

Posted by Claire McDougall at 9:03 AM No comments:

For those people who read this blog to keep abreast of my book(s), I have some news: the last time I talked to my agent at  the beginning of this year, I had already begun my latest book, and I was feeling like I just wanted to clear the runway for it, by getting at least the last two unpublished parts of my Veil Of Time trilogy (Druid Hill and Iona) out into the world. After four plus years, Veil Of Time continues to sell, and I continue to get requests for the sequels, causing the original publisher Simon and Schuster to want to hang on to it for the time being.  My agent has taken the other books out to publishers, most recently in Scotland, but the upshot is that no publisher wants to take on two parts of a trilogy. So, I have been in a bind over it, and I told him a week or two ago I would rather just go straight to Amazon and publish there under an agreement my agency, Aevitas, has with them, rather than have these books gathering proverbial dust on my virtual shelf. So, he has sent me the templates for book covers, and that's where that stands. He told me he has also sent out to Scottish publishers another of my books, Hazel and the Chessmen, about the theft of the Lewis Chessmen from the British Museum by a raggedy bunch of Scottish Nationals. All good. Movement has been detected.

In the beginning, when I was in my late twenties, my goal was to write five novels, so that if one of them hit the big time, I would have four others in reserve to come out in quick succession. By now, I have nine novels, quite apart from the one that is burning a hole in my head and heart, this new one, entitled, "The Second Coming."

No one can fault me for lack of persistence. I have long since put in my thousand hours. Ironically, my actual published book is probably not the most well written of my canon. But it has a hook. Being a heist, Hazel and the Chessman also has a hook. 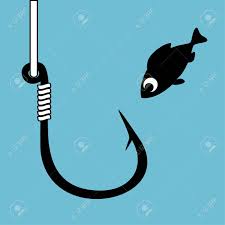 But I have written other novels that are not bright and shiny for the gatekeepers of the publishing world - for one, my story about the Mustang. Everyone who reads it cries, but a horse story these days is not what a horse story was in Steinbeck's day. What, no sex? What, no high speed chases? What no mule with questionable gender?
Every book for the aspiring writer is going to be her next big thing. This new book doesn't have so much a hook as a whole lot of controversy. I didn't write it to dangle anything like a hook. I wrote it to answer a question in my own head. Maybe this time, that will be enough.
Posted by Claire McDougall at 1:56 PM No comments: