I am not a great fan of cities. Three days and I am in sensory overload. Three days and the green zone of my brain starts to dry and shrivel, and I am gasping for something natural, which cities surely are not, this overload of human beings (human beans as Stephen King puts it.) I am more likely to be watching a pidgeon pecking on the sidewalk than ogling the Empire State Building. WB Yeats didn't take the fire in his head out to the concrete jungle but to the hazel wood. It wouldn't have been as lyrical if he had. It wouldn't have done him as much good. Somewhere along the line, I set myself in orbit around the natural world, or maybe I was just born that way. My sixteen year old daughter dreams of big city lights, while I picture swallows swooping over fields of gold. I say, just you wait: The city will in the end erode your best sense. 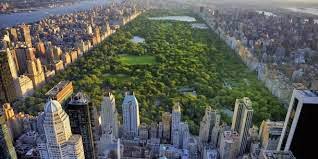 So, I am in New York City this week, wandering around like a lost soul, trying to navigate my fragile life of trees and bracken through the traffic at Times Square, standing at the edge of the subway station, looking for the mice that in some unbelievable turn of their natural lives scurry around with trains rushing overhead. As long as I am in the city, I feel like one of those mice, rumbled
down to my core, deafened and deadened. 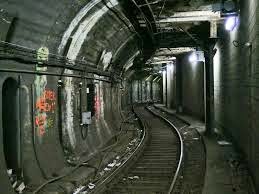 It's no accident that big explosive theatre resides in the city, because big explosive escape is what you need when you come here. I escape the noise of too many people packed into a tight space. too many cars, too many sirens, by going to the theatre. Stories are my business and my distraction, and if you throw in some good music, I forget my discomfort (and the fact that I am hemorrhaging money at an alarming rate) and I am all agog. I have seen Wicked about eight times now, and musical theatre doesn't come any better. Writer Stephen Schwartz is the John Grisham of theatre.  Here music and lyrics perform a magical pas de deux: "There a few at ease with moral ambiguities and so we act as though they don't exist..." So, I take it all back. For those three hours in the theatre my soul claps hands and sings and I am a happy recruit in the tireless march of the city.

Posted by Claire McDougall at 7:19 AM No comments:

My aim from the get-go of this blog has been to let readers follow along the path from a writer who had been scribbling away for years, nay decades, and then suddenly was offered a contract with a major publisher. So I have chronicled the stages of editing, the waiting, the cheques in the mail, the waiting, the book launch, the waiting, the tally of comments on Amazon, the dread of negative comments of Goodreads (which they seem to specialise in), and, oh, did I mention the waiting?
As anyone knows who has travelled this road, there is a lot of hurry-up-and-wait.
Most of the space on this blog has not been about events on the publishing path but about what it means to write or create art of any kind. That's because I have been waiting. It's perhaps not by accident that my book Veil Of Time is about time distortion, because that's what happens to you along this road - each step takes so long, you begin to feel as though you're moving in slowmo. (Did I mention the book has now been out for a year now?)
This is not a road for the faint of heart. 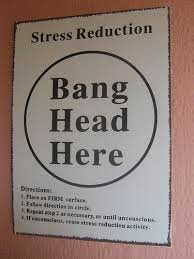 I need to get one of these signs for my office. Writers steal away into their little corners and commit harikiri each day onto the page. And then as the blood dries, there is the coming out, there is the networking and the infernal waiting. Right now I am waiting for the word on whether my sequel will pass the publishing tribunal and see the light of day. Right now I am waiting while my agent reads my new novel about the theft of the Lewis Chessmen.

I have been sweating blood these past months bringing this story to life. I finished the last pass over it this morning and sent it off. I collected all my notes into one pile and shoved them into a file. It felt liberating. But now comes the waiting. It might be the best book I have written, but then I always feel that about the last book I have written. It's like the last drink to an alcoholic. What can I say - I am a bloody addict.
Posted by Claire McDougall at 7:46 AM No comments: 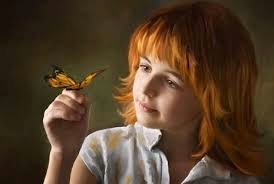 Remember the long summer evenings of play, the complete absorption of grinding different coloured stones to make powder? The stew you made of mud and sticks, snail shells and mint;  the perfume you made from crushed rose petals and water that turned brown and sour by the next day? Remember there was no time, then, just this eternal now stretching out in all directions? And it smelled of earth; it smelled of summer evenings, pineapple weed and mint. 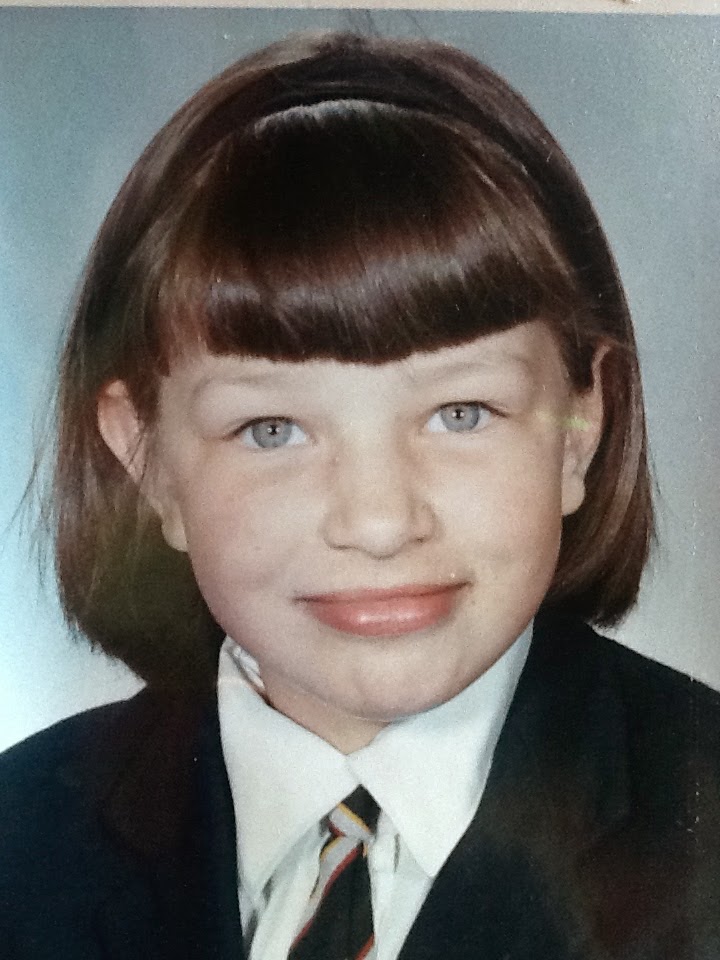 The child that gazes at the butterfly is not separate from it. The Babycham plastic mascot was a real Bambi in my hands and glowed beneath the bed as I slept. The first visit to the cinema to see Mary Poppins changed everything. Every new experience was huge and encompassed everything.  But the same went for the painful things of childhood. That little girl in my picture with the squinty school tie, spurned by the mother was taken up in the arms of the father. The cake her mother "forgot" to make on her birthday, was replaced by the fancy gateau the father produced from the bakery. In my writing, there is always a rescuing father figure. (In my fatherless life I'm always on the look-out for one, too.)
Writing is plummeting down to this raw level in which the child still sings. Once in a while we still receive a moment of epiphany that burns down into this level, like the blackbird singing in the dead of night. As adults we're good at shutting it down, sometimes because it seems like the only way to survive.
But your inner child is still within reach. She hasn't gone away. You can see it in her eyes when you look at the picture. Wonder, the Elan Vital of all that makes us human, is still there.
Posted by Claire McDougall at 9:05 AM No comments:

Remember that scene in Pixar's Toy Story, in which Buzz Lightyear and Woody fall into a  Claw Vending Machine? Lightyear asks the green alien soft toys inside who's in charge, and they all in unison point up to "the Claw" their god who chooses who will go and who will stay. This scene haunts me, as well it should, because as the creators intended it begs the question if each one of us in our own way isn't living inside a bubble like this with a random god of our own making. 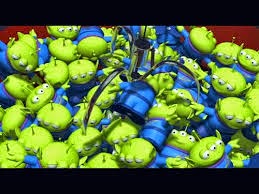 To those living in Christian cultures, this god is the one between the pages of their bible. But there is the one in the Torah, the one in the Qu'ran, the one in the Vedas, and of course the one of science. The god of science is "absolute fact," and we are all supposed to bow down before it.  Science has its uses, of course, and mainly in the face of other sources claiming "absolute fact." You can measure "actual fact" against "actual fact" and science is the benchmark for that measure. But the world is full of a number of things, and facts are only one of them. The kind of enquiry into truth going on between the pages of sacred texts has nothing to do with "actual fact." The claim that it is, if Karen Armstrong is right in her book on Fundamentalism, is a relatively recent development.
So, what's my point?
I keep coming up against this notion of "fact" in my writing. I put a story in a setting and then feel bound by the actual geology of the place. I keep feeling hemmed in by "actual fact" when as a matter of fact, it plays almost as little role in literature as it does in religion. I have to keep reminding myself that the word fiction derives from the Latin verb fingere, to fashion or form out of clay. 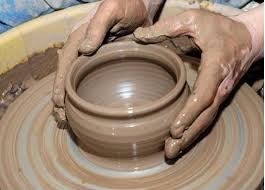 Readers always want to know how much "fact" there is in an author's stories. They approach the question of epilepsy in mine with embarrassment, but they really want to know if I wrote about it because I suffer from it. No, I don't. Just for the record - I shaped it out of clay. And I haven't travelled back in time either. In my third book in the Veil of Time series, the action takes place in a parallel universe, which I have also not visited (though it doesn't sit uneasily with science as it departs these days from its narrative to propose Many Worlds Theory, looking more and more like the religious truth it loves to denigrate!)
We are all telling stories, creating our gods. So when you pick up your guitar, paint brush or pen, leave the facts of the matter behind. For this moment you get to play God. And if you're good at your art, you get to take the rest of us with you.

Posted by Claire McDougall at 8:47 AM No comments: