Writing For The Eyes

This blog has to do with writing a screenplay, because I am currently writing one. But, first off, I have to mention the fact that when I went looking for examples of recent Oscar winners in this category, to a man they were, well, men. In fact, statistics reveal a mere 11% of screenplays that make it to movie are written by women. Seems odd, considering women make up 51% of the population.  We're not talking first responder firemen here. It appears that when it comes to the version of reality projected on the big screen, especially how women themselves are portrayed, then it is, to use a new but apt adjective, "blokey."

I have written screenplays before, but this time, as I try to piece together a screenplay adaptation of my new book, it lays heavy on me that this art is quite, quite different from other forms of writing. I have been in the practice of writing the screenplay version of my books, but I have tended just to transpose the action right off the book page onto the script of the film. I suspect now that that just won't do.
Female writer Darci Picoult said that when she writes for stage, she writes with her ears and when she writes for screen she is writing with her eyes. The craft of the novelist is wordy by nature, and I'm beginning to think that film is much more closely related to the visual arts. Film is a visual medium. Which is why you have to let the visuals speak.
As an example of film not doing this, there's a scene in the Bridges of Madison County, where Meryl Streep is in the bath, noticing that the shower head is still dripping from when the man she illicitly fancies recently took a shower. 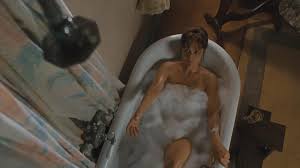 It's a poignant moment, but just in case you didn't get it the writer brings in a voice-over telling you that this is what she is noticing. It is for this reason that voice-overs barely ever work in film. If the image doesn't clue you in, you actually undo the emotional impact by explaining it. The worst kind of movie dialogue is where the writer is explaining plot or motive to the audience through the mouths of her characters. 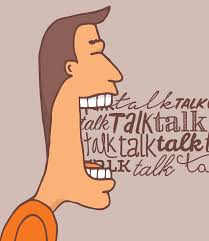 That well-used  dictum about how writers should show and not tell goes a thousand-fold for screen writing. The way I am trying to combat my "word" impulse for this screenplay is to think of the action in terms of music. Music probably does best what poet ee cummings said good art should do: almost entirely misses the intellect. Good poetry does this too.  Not that the audience should be dumb...well, perhaps that is what they should be. Struck dumb.  Speechless.
Posted by Claire McDougall at 7:25 AM No comments:

I have just sent off to my agent the two edited sequels in my Veil Of Time series. Druid Hill is the first and Iona the second.  Some last minute computer glitches took me into a panic known only to the computer illiterate.  Liz, my editor, came to my rescue, and after much sweat and tears, I was able to send off two clean copies. (Too late, I realised later that in my acknowledgements I had mis-spelled my agent's name, but what can you expect from a right-brain dominant person, a person who definitely sees the forest, but the trees not so much.) 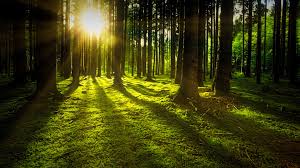 At times like this, with both American and British politics swirling in a vortex down a sink hole, it's hard to step out of the chaos and bring anything into focus.  I have always been one to decry myths about a cosmic battle between the forces of good and evil. In this unprecedented moment in history, however, I find myself rooting for the Good. 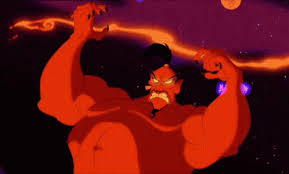 In Scotland, the ONLY newspaper that is not run by British forces, the National, just published The McCrone Report which was commissioned by the English government in the 1970's in order for them to get an idea as to just how wealthy an independent Scotland would be. This, I have to point out, before anyone struck oil! The conclusion of the economist, by name of McCrone, was that Scotland would have an "embarrassment of riches."  So, for forty years, Westminster labelled the report top Secret, and no one got to see it, especially not the Scots with their upstart notions of making a break for it.
That's corruption. In my cosmic model, that is a whole lot of negative karma awaiting the Good to overturn it. Deep down, I suppose, I do believe that Good should win out. Good should pay back a British colonialism that massacred women and children in Tranent, Scotland, because they wrote a letter of protest. And the Good should oust an American president who was put in place by an American adversary. It just should.
So, I guess I believe in cosmic forces, after all. I just hope they are forceful enough to squeeze that evil genie back into the bottle.

Posted by Claire McDougall at 2:07 PM No comments: