In any age, you only have to look at the highest buildings in a city to see what is most important to the people: for the better part of the last two thousand years, it was churches. If you walk around the big cities nowadays you come across these  old icons of the past squeezed in between mammoth buildings built to the new god of trade and commerce. 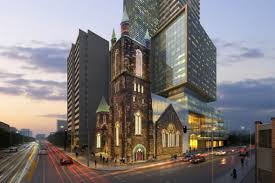 Similarly, you can tell a lot about a culture's values by looking at the things it has burned in a ritual fashion. Religious icons have always been consigned to the flame by invading armies; smash and burn was the MO of the Crusades; a bit later in history, religious leaders turned holy fire on women. Books have always been an easy target: the Spanish Inquisition burned 5,000 hand-written manuscripts.  The Nazi's burned over 40,000.
The books the Inquisition burned were from a different religion; the books burned in the modern era are not necessarily religious, but they are still holy. 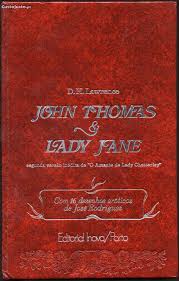 Here's a short list of some authors whose books  have  been burned: Heinrich Mann, Bertolt Brecht, Ernest Hemingway, DH Lawrence, Jack London, Thomas Mann, Emile Zola, Nikos Kazantzakis, Salmon Rushdie, JK Rowling, Dan Brown....to name a few.
They are holy because they are reaching for the truth, and as a species this is the most sacred thing we do.  This is what was in play at the genesis of most religions.  And this is what is also going on when the writer picks up his or her pen,
As John Milton wrote, "Anyone who kills a man kills a reasonable creature, God's image; but he who destroys a good book kills reason itself."


Posted by Claire McDougall at 8:45 AM No comments:

When we writers sit at our desks staring off into middle earth, we should bear in mind that we are not just creating something of beauty, but of force with untold power. I don't mean because art is a place for proselytizing - it's not - but because a certain configuration of words has the power to move hearts, and the heart, as was so elegantly stated in The English Patient, is an organ of fire. 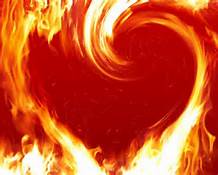 So choose your words well. Tread softly, says Yeats. I am still going on about WB Yeats this week, because he understood how to distill words and create a flammable potion:

Come from the holy fire, perne in a gyre,
And be the singing‐masters of my soul.
Consume my heart away; sick with desire
And fastened to a dying animal
It knows not what it is; and gather me
Into the artifice of eternity.

In 1921, Ireland was granted its freedom after years of bloody resistance. But before that, in 1903, Yeats and Lady Gregory founded the Abbey Theatre in Dublin to become a centre for a national revival of the arts. They weren't putting on chest-beating nationalistic plays in there. But they were kindling Irish artists, and, as we all know, eventually kindling is liable to combust. 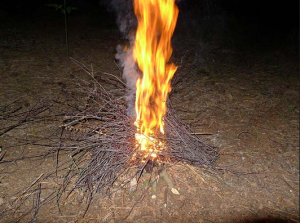 In 1995, two years before Scotland voted to have its own parliament, Braveheart hit the cinemas, revealing to Scots their history, to some for the first time. No manifesto could have stirred the hearts of the Scottish people as that film did. The arts are a weapon, let no one mistake it. Conquerer nations don't mistake it. Kill the language, kill that organ of fire. So languages are removed; history goes out the window, too.
As you sit at your desk fighting for focus, don't mistake what you are dealing with: what you have in your hands, what the gods have gifted you with, is holy fire.


Posted by Claire McDougall at 8:27 AM No comments:

Irish born WB Yeats is my favourite poet. I have gone through his complete collection of poems, one doggedly after the other. Just as in any artistic output, there is a substantial amount of dross in this collection, but then there are the jewels, and those are shining and unmatched. Yeats had theories about the nature of time and reality that, although largely poetic, will I think in the future be shown to have some accuracy to them. He thought that reality was a series of spirals that interact rather like ripples of sound. This image of the turning "gyre" comes up again and again in his poetry. His term "perne in a gyre" pops into my mind often, more as a paradigm of how to approach life - not as a path moving forward from point A to point B, but more of a dance and a circling. This is the sacred circle that humankind has so often used to imagine the holy. 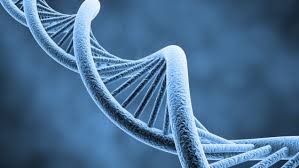 At the atomic level, we can see this "perning in a gyre" in the most fundamental structures of our being, in our very DNA.  Recently, I took a DNA test, because, I suppose, of the human need to uncover the stuff of our being, what it all means, how I as an individual fit in to the great "gyre" of the universe. 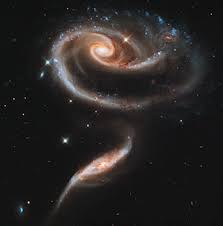 The results of the test showed that I am much less European than I thought. A mere 73%. And even if you take that 73%, it divides up into British, Finnish and Basques ( I like this latter: another Celtic people with its own ancient language trying to slough  off the stranglehold of empire - it must be genetic!)  The Finnish element probably comes down from the Vikings.
Anyway, though I do descend through my name from the Lords of the Western Isles, I am not who I thought I was. But then, none of us really is. I only know one person who qualifies as Pictish, ancient and original to Scotland. We're all a conglomerate of helices, an interfering match of turning cones, just as Yeats pictured it. It's what makes us human, and what, if we are artists of one stripe or another, we choose to hold up a mirror to. The best of us, which is the poet, is simply drawing circles with a  finger in the sand.


Posted by Claire McDougall at 10:21 AM No comments:

Things heated up on the publishing front for me this week, when my agent announced his intention to  send my work out to two publishing houses in Scotland and then to attend the Edinburgh Book Festival in March to pitch one of my books in particular!  Things were feeling a little stuck there for a while, but we're up and moving again. Such is the writing life!

And on the theme of writers: I pretty much skipped over the birthday of our national poet Robert Burns on January 25th, so I am going to back track here and give him his due, "Heaven sent ploughman" that he was. I attended a Burns Supper in the USA and read Robert Burns to a bewildered company - Burns is hard enough for we heaven-sent Scots to penetrate, but to Americans, it must be like speaking in tongues. It's a shame, because there is so much that is rich and true in Burns. 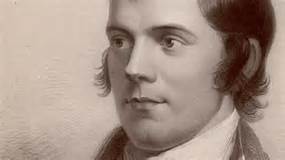 Here are a few interesting facts about him:

1. Among non-religious figures, only Queen Victoria and Christopher Columbus have more statues to their name.
2. Auld Lang Syne is in the Guiness Book of Records for being one of the three most popular songs of all time, the other two being Happy Birthday and For He’s A Jolly Good Fellow.

3. The Russians love Robert Burns (how confusing must his "tongue" be to them?) They call him “the people’s poet,” and are the only ones to have issued a commemoration stamp in his honour.
4. Abraham Lincoln was a huge fan of Burns and learned many of his poems off by heart.

5. Bob Dylan claimed that the Burns poem, “Red, red rose,” is his greatest creative inspiration.
6. Michael Jackson was also a big fan of Burns, and supposedly his hit song “Thriller,” was based on Burn’s poem. “Tam O’Shanter.”
The following lines are from one of my favourite Burns poem, in which he is criticising the overlords (and must have got him into a bit of hot water, just eighty years after Scotland was subjugated under the Union Jack. But then Burns liked it hot) :

Posted by Claire McDougall at 6:32 AM No comments: