Still in limbo here, waiting to hear back from my preliminary readers, still the prisoner in the dock waiting for a verdict. I guess at this point anything north of "not guilty" will do. You try not to think about it too much. But you do. One reader already told me the first chapter was captivating - made for a cheery sort of morning, a little skip in the step. Another said he was a third of the way through, but then went on to talk about something else. And so the hemlock: wouldn't he have said he was enthralled, if he had been? 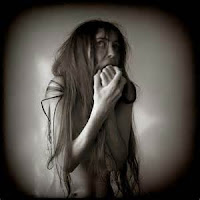 I lie awake and wonder what these readers are going to make of a novel that is not Sci-fi and yet is partly set in an alternate future? I hate being this needy, but it seems to go with the territory. A writer spends a good chunk of her life mapping out a story in blood, that doesn't flow so easily, let me say, from the creative vein, and then she has to go around waving it in front of people to see if they approve. Because the written word teeters on a tight-rope walk between dross and brilliance.
So, I retreat back into limbo, which actually feels pretty good at this stage - you've finished your opus, and this lazy time-out is sanctioned. I watch those murder series that give me something to think about, another drama than my own. I am on the second of two of these, both British, one from the BBC called "Happy Valley," and one from ITV, called "Broadchurch."
Time passes. It's an oft repeated line from Dylan Thomas's "Under Milkwood." Time passes. The spinning world spins on. The clock ticks. The pendulum swings. Another morning watching the frost retreat off my lawn, another day of walks with my dogs, hoping to catch sight of a heron, an omen for how this saga I call my life will turn out. 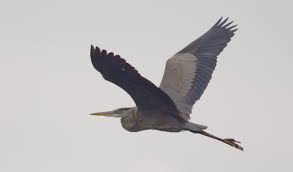 Posted by Claire McDougall at 6:12 AM 2 comments:

When I was growing up, my father would have Alistair Cooke's Letter From America on the radio on Sunday mornings before church. Cooke had such a distinct voice - mostly English with a hint of American. He had, after all, lived in America for decades (like myself), was an American citizen (unlike myself), and was trying to give his British listeners a taste of what it was like to live in the Good Ole USA, sometimes a bit of a tongue-in-cheek taste. Cooke's Letter From America started in the 1930's and went on until a few months before he died in 2004. He could be a bit of an old moral fuddy-duddy, but much of his assessment of Western civilisation was right on. Clearly people wanted to hear what he had to say. 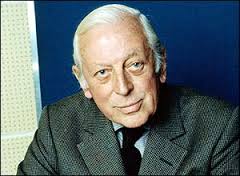 Brits have a kind of curiosity for America anyway. Loud obnoxious Americans, culturally insensitive Americans, gun-wielding maniac Americans, they bemoan, but there is always there, too, something of a fascination. Perhaps it started in the war, when American servicemen stationed in Britain would frequent local hops and expose the locals to a kind of easy-going laissez-faire that most Brits weren't used to. Many was the young GI bride-to-be who fell for American charm and swagger and ended up in some American backwater for the rest of her life, drinking tea and dreaming of digestives biscuits. 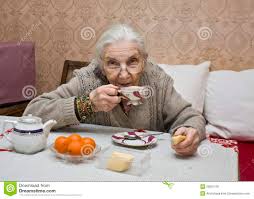 My father had a fascination for Americans. When he was a boy during WWII, he would encounter them on trains and be offered a piece of gum, which to a youngster from a staid British home must have felt like a scene from one of those movies. America spelled glamour and luxury and esprit de corps. So, perhaps that's why as I grew up, he listened to Alistair Cooke who was living that dream.
Thing is, once you've lived in America for decades, or any other country that once seemed dream-like, the bubble sort of pops and you're left with a sticky kind of goo, which isn't glamorous at all. Right now in presidential primary season, that goo seems particularly offensive.


Posted by Claire McDougall at 8:58 AM No comments:

My latest book Dark Matter is now out with readers. That is my process: very little research ahead of time, then more research as I write, but no one sees anything until I am finished, and finally I test the waters by sending it out to a few people whose opinion I trust.
Veil Of Time, the first in the series, was published two years ago and is still selling steadily - every so often I take a deep breath and go through Simon and Schuster's author portal (for which I have a key!) to find out how many print books and how many e-books have sold in any given week. I try not to do this too often, though, or I would make myself crazy. Crazier.
This week I have been visiting another blog, that of Bart Ehrman, well-published professor of early Christianity at Chapel Hill.  In an upcoming book (title: The Triumph of Christianity) Ehrman is asking the question of what civilisation lost when it took on Christianity, which is exciting for me, because this is the very question my series of books is asking, too.
Bart Ehrman wrote an entire book refuting Dan Brown's claims in The Da Vinci Code about early Christianity.  But, really, he and Brown occupy the same no-man's land between the scholar and the ordinary reader. Both are opening church windows and allowing a little oxygen in. For this we must put our agnosticism aside and thank god. Any god.
I am hoping he is going to do the pagans justice.
Historians tend to give paganism short shrift and see it as a kind of embarrassment that the Enlightenment eventually took care of. Hip historians take the notion of the pagan more seriously, but they still look at it through an  Enlightenment lens, before sticking it back in its dark box.
But paganism isn't something to be passed over. It wasn't dark and didn't belong to the Dark Ages. It may turn out those backward pagans had a better way of looking at things.
So, what happened when Christianity took over?
This moved in: Mother Mary meek and mild.

And this is what moved out. 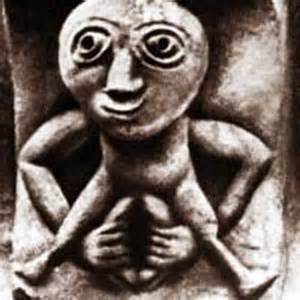 The sacred feminine. And if the above image (in Gaelic known as Sheela-na-gig) offends thee, then take your Victorian spectacles off. It was the Victorians that promoted the notion of the corrupt Dark Ages to start with. To appreciate why the above image represents a female archetype and the Virgin Mary does not, you have to come at this from an entirely different place. The Christian one won't do.


Posted by Claire McDougall at 8:26 AM No comments:

I recently  did the Huffington Post mother/daughter talk with my daughter Naomi who is a film maker in New York.
I was waxing lyrical (though not sounding it!) about the state of things, how civilization is in a (long) phase of dissolution, how the paradigm that has worked (sort of) until now is on the brink of destroying us. I feel very strongly about all of this, and yet when I go to explain it, I sound like a rabid feminist. So, let's say that I am a feminist, but not of the rabid kind. I suppose the ridiculing of feminism is part and parcel of the old paradigm, which is the men-on-top paradigm, or more specifically, the rule of male hierarchies. 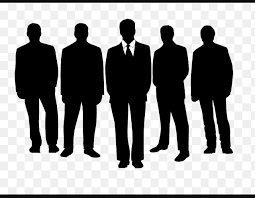 I find myself in a strange position here, because I tend to feel more comfortable in the company of men, and, truth be told, I have been known to idolise one or two of them. I like men, plain and simple. Also, as I tell my very nice natured son, I am not talking about individual men in this diatribe, but about a paradigm that functions by putting little posses of them in power.
This is news to no one. The church has always functioned this way with a few choice scriptural references to abet it.
Corporations do this: only 8% of Fortune 500 top earners are are women, and even when they are, they are paid 18% less.
Hollywood does this: In recent years, 85% of films had no female directors, 80% had no female writers, 78% had no female editors and 98% had no female cinematographers.
Government does this too - women make up only 20% of that old boy network. And this is precisely why it is time for America to put a women in the president's chair, no matter what axe you have to grind about the female candidate's personality. And if you are a woman, you should make extra sure that you're not just grinding this axe because it belongs to the male paradigm to do so. 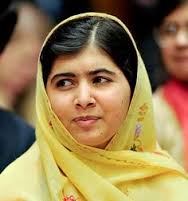 And then there is of course war. Who are the chief players in war?
Or crime?
Studies show that 75% of violent crime is committed by men.

So why is it a man's world? In primitive societies, it was a woman's world. Lewis and Clark were so steeped in the patriarchal society they came from they didn't even notice that the tribes in America were matriarchal. To the frustration of the natives, the two simply disregarded the women who sat on the tribal councils.
I have just finished the last book in my Veil of Time series. I'm taking a look at how our world might look if we hadn't gone that patriarchy route. It's a question worth asking, and not because you can write me off as a feminist.
Oh, and the picture above of Malala Yousafzai is there because, despite of her Hijab, she is a thousand times more liberated than this: 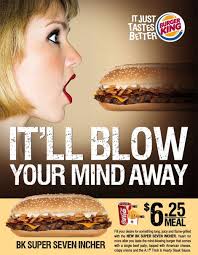 Posted by Claire McDougall at 9:27 AM No comments: