Writing as a Forest

Always in the back of my mind looms Emily Bronte standing at her window looking out over the Yorkshire moors. Her only published book "Wuthering Heights" is behind her, panned of course by the critics. She is dying, coughing out her last from consumption, days from delivering her immortal words, "I will see the doctor now." And yet running through her mind are the revisions she would make to her book if only she could go back and tinker.
Tinkering is the habit of choice with writers, like a nervous tick, like an itchy hand reaching for a cigarette or a boozer dreaming of a glass in his hand. I had written over a hundred pages on my current project, when I gave in to the "tinker" call and went back to read my emerging book from the beginning. Oh, and I took the editor parrot with me on my shoulder, not the one who offers sound advice, but the one that tells you you're not up to the job.
I started switching words and phrases. This line over here would have so much more punch if I cut and pasted it over there. The talents of computers to move things around is actually a curse. In the old days, you'd have to get the damned manuscript typed all over again. Now, you just snip and move it down there at the end of the paragraph, and if you don't like the result, you can move it somewhere else. Hey Presto! 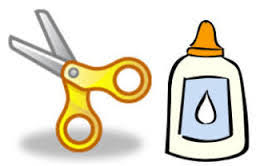 After all, writing is re-writing, so away you go with the scissors and the bottle of glue.
But it's too soon. Way too soon. Only about a quarter of the way through the wood, still trying to navigate with my flashlight, here I go running back to count the trees. This is one instance when you really should see the forest and not the trees.
Revisions can wait, and should wait, until you've made that initial raw cut. 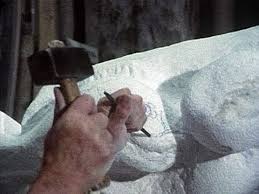 It might not, and probably won't look good at this point. Give yourself a break. Michelangelo didn't pull his David out of the rock on the first cut.  Everything is fixable. Don't be insecure - it won't serve you well at this juncture. You have something to say, so hold onto that. The David in your mind can indeed be wrought out of something as unbending as rock. But for now keep that flashlight facing forward. Get to the other side of the forest and then, and only then, turn around and look along the path you have come.
Posted by Claire McDougall at 6:18 AM No comments:

Apart from showing up at my desk every morning these days for a writing session in the interests of turning out a new book, I am following the news cycle like a maniac. I just have to believe that good eventually wins the day, that right causes do prevail, and so my eyes are glued to every development in this "forest fire" of a presidency to see if water is going to eventually put it out. 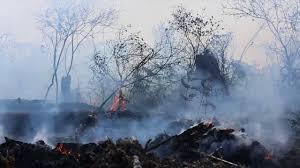 I have a dog in this fight, which is my belief in a moral universe, not a universe that adheres to the laws of Moses, but just a sense that all our striving and fighting for causes is heading us in a good direction, that there is such a thing as "the good" at all.
People argue with me, the secular humanists, the new atheists, claiming that, No, there is nothing good or bad except that we make it so. Thank you, Will, from four centuries ago - I do know it applies for the most part: you can cross yourself all you like and go to church and join the moral majority, but it's only because you were told to.
But if you push people like Sam Harris, or Yuval Harari, there would be some thing they would have to admit was just good in and of itself. Yuval Harari cares a great deal about gay and animal rights - would he want to say that the good in those things is just a figment of his imagination? No, some things, maybe only one or two things, we hold to be self evident  - that all men, for instance, are created equal; that beings who are loved move in a more positive direction than those who are not.  I don't know where in the universe lies the value that makes those truths the case, and always the case, but, contrary to the secular humanists, we have come to know very very little about "the universe." 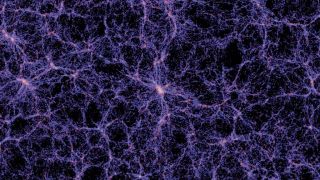 Scientists can attest to 4% of the universe being atomic and thereby perceptible. But the rest is divided between dark matter and dark energy, and no one, not even Sam Harris - God, I loathe the arrogance of these people! - knows what that is or could possibly be. It might be God for all they know. I'm not going to go that far, but I think there is a moral value in this space/time continuum we inhabit a teeny weeny corner of.  Some things, though not much, are just self-evident. Gravity, for instance - science hasn't figured out what it is, though we can recognise its effect in space/time events.  Sam Harris is married and has children. Does he love them? Where does that love reside? In the grey matter between his ears? Really? No surgeon has ever found it there?
I suppose I am a Taoist in the end, because I believe that the universe flows in a certain direction and you can either go with the flow or resist it. I hope it is in the flow of things that the corrupt inner circle of a corrupt government will finally implode. I don't need God for that hope. I just need it to be self-evident. And for this reason, I am hanging on the news for dear life, waiting for the sun to come out over the hill.

Posted by Claire McDougall at 9:39 AM No comments:

I have lately been helping a person I have known for many years who has just now decided to learn how to write. It is taking me back to a time in my life, when, done with academic writing, I was trying to embark on something more creative. I just didn't know where to begin. In those days, the flow that ended up in my pen (when they were a thing!) began in my brain. The pathway of heart to page hadn't opened up yet. It was like a blocked fallopian tube - no matter how much sex you have, you just can't make it amount to a conception. So I have sympathy with my friend, but these days after decades of literary writing, I am like the aged ballerina with a beginner ballerina class, not able to understand how these little fledglings can't get up on point. In both cases, it is a question of muscle, and muscle doesn't just happen, you have to build it. 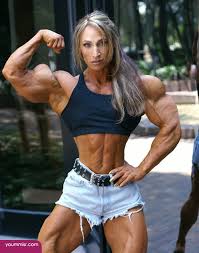 But not that much muscle. Just enough to get the blood flowing through that fallopian tube.
This is not just true in writing but in any venture. If I were asked to sing a solo on a stage, I would be mortified. In my life, I have only sung with others, usually with my son who happens to be a more than competent guitarist. I just don't believe I can do it, and so I would have not just one editor, but a  roomful of critics sitting on my shoulder. 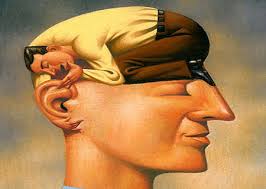 What I am discovering in teaching writing to this person is that the first obstacle is to silence your resident critic, the editor's voice that says you're not up to the task. You have to manually take this voice out, get rid of the judge altogether. Don't worry, that voice is always going to start talking again whenever you let it. But carve out a little space, a vacuum in which the voice cannot be heard, and then just as an exercise start by transliterating any thought that pops into your head, no matter how inane or stupid. Remember, you are just trying to flex that muscle a little.  Imagine if someone gave you the task of writing down all the dialogue in a movie, except that the movie is you.
If, like Our Lady of the Biceps above, your goal is to pick up a dumbbell, it makes sense to stretch the muscle a little first. Start out by picking up something that weighs nothing at all and build up to the weighty stuff.  At the beginning, you just want to get the writing muscle moving, and then later you can start managing the content.
Posted by Claire McDougall at 9:28 PM 2 comments:

I am writing again. I have made the announcement to friends and family that my mornings are blocked off for the foreseeable future. Don't call. Don't ask to go out on a walk. Don't invite me  out for coffee. I won't answer.  I recently got a new computer which is connected to the interent, a new thing for me and one which is helpful insofar as when I have a research question, I have immdediate access to the answer (what did we ever do before the internet - was all this information at the library?) But the problem is, I have email access, too, and also that dark dark hole called Twitter. I have yet to come up with a stratgey for Twitter - it's like the hypnotic effect of the voice from beyond, drawing me like in a horror film sleep-walking towards the edge of a cliff. The hypnosis puts your fingers into automatic pilot: just one more scroll up, and the reward will present itself. 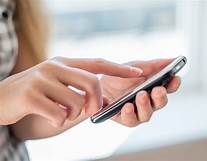 So, no email, no twitter, while I'm working. Just that sideways stare at the carpet beneath my feet, that pause that makes you look to the observer as though you are doing nothing at all. It makes you susceptible to the question: so how many pages have you actually written? It's the writer zone that stops the pendulum and steps into the timeless, the creative flow that is not ecstatic, but deathly quiet. That's where the writer or any artist must go, and, I suspect, that's why you have to take yourself bodily, pry your fingers off the latest newscast or any other procrastination that is so much easier than stepping into the waiting room of the creative process. 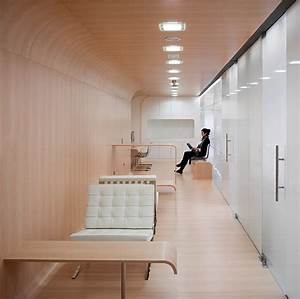 But it's answering the call that makes of the writer an artist - it is both the sentence and the great reward. It is the monitoring device around your ankle that for the entire period of the writing, however long it takes, is on and buzzing and and is designed to make escape impossible.
I'm not complaining, and I do not mean to romanticise it. I am in the process of it now, so give me my mornings. I may look as though I am doing nothing. But leave me be.
Posted by Claire McDougall at 9:31 AM No comments: