The Ghost In The Machine

Recently, I got into an argument about the nature of reality, one of those small topics. It keeps coming up, because I am given books and articles by talking heads who wax lyrical on this, and every so often I get proper ticked off. There was also the exchange I had on Twitter with some guy who obviously thought he was talking to an evangelical Christian and was making the tired argument that belief in God is as patently stupid as belief in green goblins.
Well, I'm not an evangelical Christian, but I do like to take the bait when someone is pushing "the scientific" view that "verifiable" truths are the only kind of reality to be taken seriously.  I pointed out to my Twitter friend that only 4% of the known universe is in fact knowable, the rest of it being either what we have deemed to be "dark energy" or "dark matter." (We have deemed it "dark" because it won't let us in, but it may in fact be brilliant.) I noted to him that the science that has set up this bar of "verifiability" has to date no account of what gravity might be, although it can record its effect on things we are allowed to say are "real." 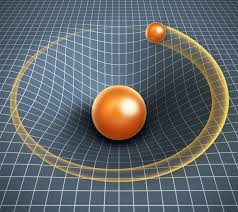 The problem with materialism is that it isn't really science at all, unless by science we mean Newtonian physics. But we have been in the realm of Quantum physics now since Einstein (and even he didn't like all the implications of his theories.) The most you can say about reality is that there is Energy.  Energy and fluxuations of energy.
The problem with using the little ruler and methodology of the 4% and trying to make broad judgements about the nature of reality is that, well, it leaves 96% of reality unaccounted for.  Religion leaves a whole lot unaccounted for, too. So does atheism. So does any "ism."
We tell stories. That's what we do as humans. From the very beginning of sentences we have been making these stabs in the dark. Science continues to look down its nose at this, even though theoretical physics is spilling out into this nebulous territory itself. 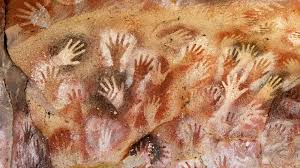 It's that ghost in the machine they need to prove isn't there. We live in a mechanistic universe, they say, and maybe they are right. But, who knows, maybe the ghost is really there. Maybe it's part of that 96% that cannot be known. Personally, I lean on Pascal's wager and propse that we might as well think of this energy as intelligent. No God, no Jesus, No Buddha, No Mohammad. Just energy fluctuating around an organising principle.
Perhaps this era in human thinking is what it means, as Eliot wrote, to arrive at the place we first began and see that place for the first time.

Posted by Claire McDougall at 9:24 AM No comments:

We're only in a year for a year, but every year around this time, we are struggling to get our minds around a new one. This year does seem different - to use a Biblical metaphor, we seem at the outset of 2019 to be straining on tiptoe to see what promises to be the unfolding of a whole new era in this global hemisphere. I have to admit that I am something of an optimist - I always think the best is yet to come and can never get my mind around people who look backwards to the best times of their lives. I hear Margaret Atwood, and I take seriously dystopias projected both in the political arena and in literature. The female sex turned into Handmaids or any other sector of society subjugated at the hands of the greedy few, is of course not unimaginable. In part, we are already living through such a scenario. 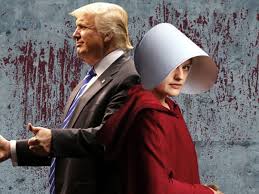 But there is something in me that does not love a wall. There is always the belief that the wall can be peered through or climbed over.  I don't have a whole lot of faith in mankind, and only because look where it has brought us! I have more faith in womankind, because this 51% of the population is less likely to miss the forest for the trees. Laying waste to the environment and widening the gap between the haves and have-nots is a particularly short-sighted male perspective (NB. Not all males!) It compartmentalises the vast plight of humanity and refuses to to see beyond the wall of its own construction.  Trump and his administration are a startling manifestation of this. I venture they are the last hoorah of this thrashing dragon. 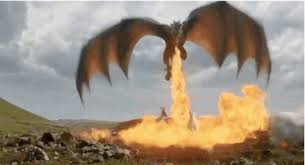 So 2019. A good year, I think. I note a small chain around the foot of said dragon.  I see the heart going out of his thrashing. We don't need to kill the monster, but we do need to contain it, and perhaps this year, such a strategy will begin to feel like a realistic possibility. In the words of a Christian saint, and far from anything I normally would appeal to, "All shall be well, and all shall be well, and all manner of things shall be well."

Posted by Claire McDougall at 5:35 PM No comments: