I have written a novel about Jesus, or Yeshua as he was known in his native Aramaic.  I wrote it, I suppose, to answer a question in my own mind about what this man meant within his own particular historical circumstances and what he might have thought if he could have looked forward into the way Christianity would leave its mark on history. On the whole, it is an inglorious past. That's my opinion, and not one I am expecting all that much support for, especially in the USA, with its 70% of church goers. In my native country and in England, people will not care about that. Only 14% of its inhabitants identify as practicing Christians. As former Arch Bishop of Canterbury Rowan Williams said four years ago, the countries that go to make up the United Kingdom are part of a "post-Christian society."

Now I have sent my novel out  to a first round of readers and must wait. This is a very difficult time for any author. In her hopes and dreams, everyone who reads the first page is going to stay up all night until they close the book on its last. Everyone is going to be bowled over, and publishing offers are going to start swirling down out of the ether. Her name will be submitted for the Noble Prize. Authors are very good on this imaginative front, which is why they are authors in the first place. 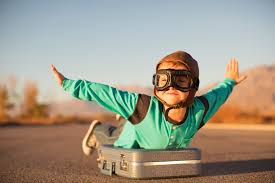 The reality is that some readers will like that first draft, some of them even a lot, but some won't seem all that enthusiastic. Nothing lives up to expectations, and while the comments come trickling back in, the author is plunged into a no-man's land, unable at this point to work on the revision, and sinking deeper into the quicksand of that glorious imagination slowly turning against him. These months of slog, these flights of optimism, have all been for nothing, he says to himself. He brought the best of what he had to the forum and now he is being pushed to the back of the crowd. 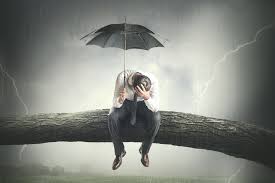 But there's another quality authors have, and its called buoyancy. Without this guilelesssness, a certain floatability, the daunting journey of writing a book would never have been completed in the first place. People who keep going despite all odds, especially in the arts, aren't subject to the same specific gravity. So they don't stay out on that limb for very long. They stand up,  check their parachutes and take another leap.
Posted by Claire McDougall at 3:50 PM No comments:

Composting in the Era of Trump

It was my birthday the day after the election, and I figured I had won a pretty nice present in the Democrats taking back the House of Representatives, so I was planning a day of smug relaxation. History had other plans, because Donald Trump started another snowball rolling that day by firing his Attorney General Jeff Sessions who was standing in the way of him controlling the scope of the Special Council's investigation into collusion between the Trump campaign and Russia. As it turned out, my birthday celebrations gave way to the slow background roll of a Saturday Night massacre. Even over a dinner of sumptuous liver in my favourite French restaurant, I was checking in with the news to see whose head would be next on the chopping block. History was being made, and I couldn't pull myself away. 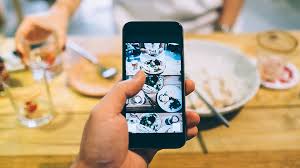 Mark Twain famously quipped that while history doesn't repeat itself, it very often rhymes. Another historian yesterday announced that the Tump scandal is ten times worse than the Nixon one. Here you have a sleazy actor not only trying to eliminate his tracks, but actually conspiring with a hostile foreign government in a coup against America. And now we have a president in a panic, shooting from the hip, backing off into the bar and hiding behind the piano.

American politics at very best is a crazy arena.  Once it opened the door to big money, how could it go any other route than down the sinkhole of corruption? The antics of American politics goes largely unchecked, hence we have gerrymandering in plain sight, and voter surpression, two of the strategies that the Republican party has come to depend upon. Their aging voters cannot any more deliver victory for this backward-looking, nay backward in and of itself, political agenda. 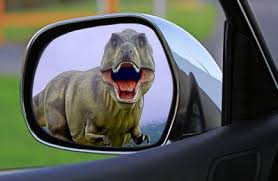 Young people in America, like young people in Scotland, and actually all over the world, who have education and a web-wide global community at their fingertips, will not support the politics of old white guys. Their day is done, and in the future, not even their corrupt tactics will be able to hold off the tidal wave of progression (I don't say progressives on purpose because even they themselves can exhibit prejudice and blinkered optics.)
The wave that is coming will change our world, and it is neither blue nor red, but simply fresh. I have hope that the young will turn the world around, and when they do, these players we have to suffer through now will be rotting on the garbage heap of history. The Mitch McConnells and the Donald Trumps and the Lindsay Grahams and the Paul Ryans are going to create such a stink, but in the long run, some pretty impressive fertiliser.
Posted by Claire McDougall at 11:47 AM No comments: