An old American woman once berated me for being a Scottish nationalist, because, she said, all nationalism is evil. I want to address this because not all nationalisms are equal, and because recently British unionists have taken on this argument whenever Scottish independence is mentioned.
The Collins dictionary defines nationalism thus: Nationalism is the desire for political independence of people who feel they are historically or culturally a separate group within a country. The urge towards revolution in America came from this feeling that the American people were not anymore a part of the British Empire, but were in fact their own entity with a separate political and cultural identity. 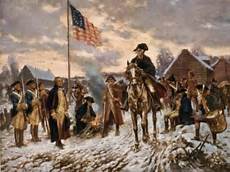 This is the nationalism that rises up against empires. Mahatma Gandhi said, "Personally I crave not for "independence," which I do not understand, but I long for freedom from the English yoke." 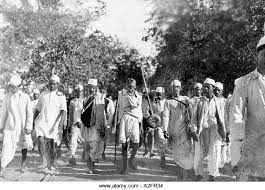 Mahatma Gandhi has become the universal icon of peace, so when we look at his nationalism, we have to see something very different from the racist violence we saw on display in Charlottesville Virginia a week ago, the parading of the alt right nationalists and the neo-nazis. Gandhi's nationalism was one thing, and Steve Bannon's quite another. 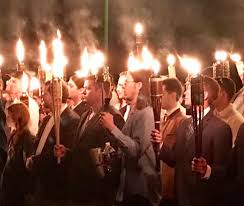 So, too, Scottish nationalism. On the day in 1707 that Scotland was subsumed into the United Kingdom, there were riots throughout Scottish cities against the nobles that had agreed to such a thing. And then the British Empire ruling out of Westminster did what it did to every other conquered territory: it banned the language, the customs, the right of representation. If this were not so, then why did it execute independence fighters on a count of treason all the way up to 20th Century.
Scotland is still a country in its own right with its own educational and judicial systems, its own mentality, its own ethical stance. Were it not for the fact that it is an inherently wealthy little country, Westminster would not put up a fight.
So there's an inherent feeling of injustice in the kind of nationalism to which I subscribe. Just as there was in Gandhi's. The paranoid psychopathology of white supremacy and white nationalism or even nationalist isolationism is quite something else, and has nothing to do with a country like Scotland or Catalonia or Basque Country striving to get out from under the yoke of its oppressors.

Like everyone else, I am reeling in the wake of the violence in Charlottesville last weekend. And not to kick a thing when it is down, but just saying that the white supremacy march didn't come out of nowhere. This country has a healthy contingent of reptiles, and when given the opportunity they scurry out from under their rocks. American rocks. This country, despite its renound friendly citizens with whiter than white grins, hides a  lot of dirty laundry. Last weekend, in Charlottesville, some of it was hung out on the washing line to dry. 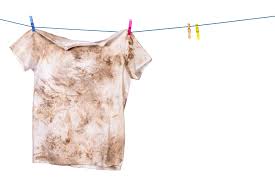 Perhaps the problem is that when you hold yourself up as a shining city upon a hill, you are inevitably going to fall over yourself.
When my daughter was small, her teacher would have the kids stand up, place their seven-year-old hands on their sweet hearts and recite the Pledge of Allegiance. 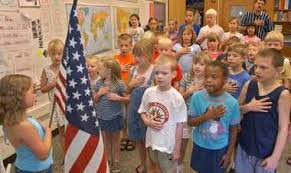 I tried to reason with the teacher that this was mindless twaddle, but she argued that it was wholly appropriate because America was in fact the greatest country on the face of the earth. And this was at a ritzy private school in Aspen (we were on a scholarship!)  I lost the argument, because you can't use reason against an emotional position. I am slowly learning this. It's too engrained, and for reasons that have little to do with rational argument.
So, every morning in her classroom, my little daughter had to sit while the rest of the class stood to say the Pledge of Allegiance. I hope it didn't scar her too much. These days she's out in the world making movies about the things she believes in, so perhaps it was a valuable lesson in taking stock.
Now might be a good time for America to take a seat and do the same. On the verge of an authoritarian coup, the  destruction of the middle class, and unbound racism, it's time to get real about what America really holds to be self evident.
Posted by Claire McDougall at 9:51 AM No comments:

If you ask me in person, I'd be loathe to admit this, but I have spent the summer catching up on four seasons of the Great British Bake-Off. It's the most watched show in Britain and its recent season final was watched on half of all TV's, more than the Oscars and the Olympics. The show is also hugely popular in America. So, what gives? 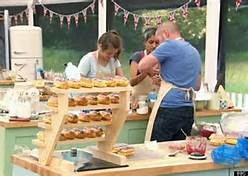 I am not a great baker. I have yet to make a successful Great British scone. I don't watch cookery shows in general, and if you gave me vouchers to eat out for every meal remaining to me on this planet, I would snap them up. I suspect I am not alone in this. So why this show is so popular remains something of a mystery. After all, there's no prize - an SNL parody had two competitors walking off the set cursing, when they found out there would be no cash for their troubles. The prize is just the  honour of winning (and the satisfaction of being British.)
The answer must lie in our current state of mayhem: political, cultural, moral. It's the day-to-dayness of the relentless injury and erosion of our souls (for want of a better term.) It's just all so wearing: the collusions and the corruption and the idiot blind chief-in-office leading the blind. It's enough to make you bolt your doors, go off the grid and commit to home-schooling.
Or you can just tune it all out by switching on the telly and watching a group of nice polite Brits crumble butter into flour and drink tea on the sly. 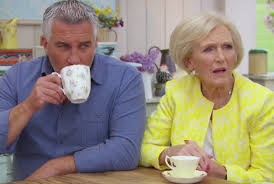 So, forgive me my superficiality, my need to engage in The Great British Zone-Out. (Even though I have to swallow the fact that the few token Scots in the show don't really stand a chance: Good God, Man! This is the British Bake-Off: Victoria sponges and cucumber sandwiches, what?)
Nane o' your bannocks and haggis pies here.
What's a Scottish girl to do? Could we please have The Great Scottish Bake-Off? Scots can be polite, too. Sometimes.

Posted by Claire McDougall at 12:59 PM No comments:

D H Lawrence's novella The Man Who Died (originally titled The Escaped Cock) opens with a feisty rooster in the yard of a peasant, crowing as he tries to free himself from his tether. Lawrence describes the cock so minutely, his red and bronze feathers and his special fiery crow that you know he is onto much more than a random rooster. For this is the cock that has crowed three times on the day of Christ's execution. Only we don't quite know how Lawrence is going to weave that in, so we are intrigued.
And we keep on reading, because Lawrence has a way of plumbing depths with his words. Any writing instructor trying to teach the difference between merely telling and showing in writing should use Lawrence as an example. He takes you with him:
...The queer, beaky motion of the creature as it gobbled into itself the scraps of food: its glancing of the eye of life, ever alert and watchful, overweening and cautious, and the voice of its life, crowing triumph and assertion, yet strangled by a cord of circumstance.
And you want to go with him. That is the genius of the poet. 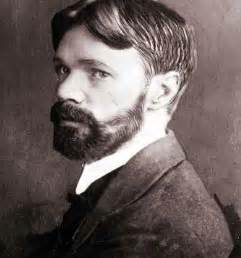 Lawrence was never one to shy away from weighty topics, and in The Escaped Cock he is having a go at the ascetic ideals of Christianity. He takes the crucified Christ who became the icon of monasticism and has him wake up in the tomb, not quite dead.  He wanders out and eventually comes to a pagan temple overseen by a young druidess. She is yearning for the mythical lover, and he is waiting to live again. He asks his Heavenly Father, "Why did you keep this from me?" Because for Lawrence, all else falls at the alter of sex, not in a trivial way, certainly not in a pornographic way, but in so far as it is a sacred link for humanity to the spirit. That was his message. 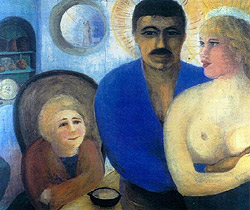 His paintings were decried an outrage upon decency by critics "holding up hands of pious horror." The Escaped Cock created quite a ruckus when it was published in 1928, not long before he died. I imagine he was pleased. "Anything that makes 'em wriggle," he wrote, "becomes at last indispensable."
But where are the Lawrences of today? Modern literature has no message. The best lacks all conviction and the worst is filled with sentimental intensity.  There's no soul. No compass. Art these days does no deep sea diving, just sort of sits on the surface with its fishing hooks, entertaining.


Posted by Claire McDougall at 10:18 AM No comments: