The Truth Comes Out

"In a time of universal deceit, " wrote George Orwell, "telling the truth is a revolutionary act."

I have changed my mind on the role of politics in literature, though it is a razor thin path to tread and the razor in question runs along the issue of propaganda. The truth has to be spoken not by design but because it comes gushing out of the collective consciousness. The artist is the valve. 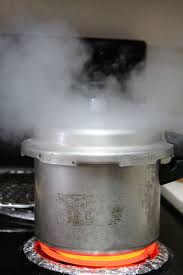 It is precisely the pressure-cooker times in which we live that has shifted my opinion on this. As I watch Donald Trump try to shut down the avenues of free speech, as I bear witness to the lack of any independent voice in the Scottish newspapers and TV,  I see that it is up to the artists to take up the cause. They are the last hope in the face of universal deceit. Donald Trump recently tried to convince his base that they should rely on no news outlets but himself, that they should not believe what their eyes and ears are telling them; and Trump's right-hand man, Rudy Giuliani, tried to make the case this last week that the truth is not the truth.
It was a 1918 US senator who said famously that the first casualty of war is truth. These days, wars have gone cyber on us. They are the wars of hacking and misinformation.  Truth in the Trump era is already on the ground and gasping;  truth was put on hold, too, when British prime minister met with Sony CEO in the run-up to the Scottish Independence Referendum in 2014 to ask him not to run the series Outlander in Scotland until after  the referendum, even though it would be available everywhere else.

The good news is, that suppression only works for so long. As Shakespeare famously suggested, "The truth will out." Freud had a thing or two to say on this issue, too.
In eras when the truth has been successfully sat upon, when even the valves of art have been stopped, you eventually get revolution. So let's all be revolutionaries. In this era of untruth, let us speak it. As writers and visual and vocal artists, let us not shirk in our responsibility to what is so.
Posted by Claire McDougall at 10:03 AM No comments:

The more you learn about Trump and Russia and the Koch Brothers, and the ultra right wing effort to populate the justice system with its own kind, the more people like me (who have the happy alternative) decide it's time to pack up and go home. I can't join in America bewailing its lost democracy, because it has been an oligarchy-sliding-into-autocracy for a very long time. The right wing has slowly been occupying territory until a full 40% of the American populace is living on what John Stewart calls "Bullshit Mountain." 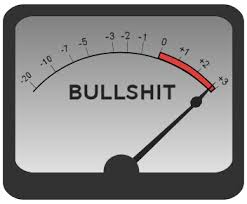 People from back home in the old country ask me where the moderate conservatives in this country are, and I have no answer, because they are doing a very good job of camouflaging themselves against  the wallpaper of the Grand Old Party.  I have never been a supporter of the GOP, but it is apparent even to me that its founders, or even only going as far back as Reagan (who was president when I first put foot on these shores) must be rolling in their  graves.
This apparition calling itself the Republican Party today is a collection of greedy and corrupt white Ol' Boys making a grab at the only thing they consider to have any worth - certainly not country, or moral ground, just the accumulation of filthy lucre. The corruption runs so deep, that unless our friend Mr. Robert Mueller has a magic wand in his bag of tricks, the indictments of the key players is not going to make a particle of difference. The Supreme Court, which is supposed to be the level-headed and wise tier of government is stacked to the point that it would give Vladimir Putin a free pass if he asked Trump to get him one.
I was hopeful until I began to understand just  how wide this network of greed and power-grab has spread,  and now I think there is no hope, and better to go back to Scotland where there is at least the chance that we might have a society in which justice has some meaning. Of course, Scotland, living in the shadow of the British Empire, isn't there yet, and really I'm stuck between a rock and a hard place. The Brexit disaster, fueled and fed by another arm of this worldwide coup of greedy white guys, might in the end overwhelm our hope just as it has done the better angels of this country. 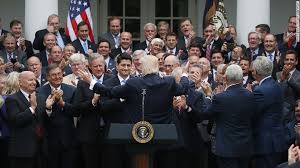 From time to time, I pull up videos of Barack Obama, like an orphan who is stuck with the evil aunt might conjure images of its mother. This displacement from value has come at us so forcefully that the deranged individual currently occupying the White House has over time even taken on a sort of normality. This is the new but deeply pathologicl normal, with an entire political party and a whole Christian faction enabling it.
I don't hold out much hope for America. I was hoping the constitution would win out, but these nefarious money-grabbers are weaseling into even that: the Koch brothers, while everyone is busy  being outraged by the behavour of the Clown-in-chief, is quietly working towards rescinding the 17th amendment, which handed the power to elect state representatives to the people. And they'll probably get it. Because nothing speaks louder in this country than the dollar bill.
Authoritarian USA married to authoritarian Russia and in alliance with any number of smaller authoritarian countries will change the complexion of our world. The notion of a Free World will just be a memory we take out and brush off from time to time, like pictures of a dead mother. Like videos of Barack Obama.
Posted by Claire McDougall at 7:57 AM No comments: