I have received a lot of flack in the face of my push for Scottish independence.The argument goes that, the world needs to pull together rather than splintering off into smaller parts. Surely in the face of global chaos, my opponents argue, we should be calling for unity.

But this is definitely one of those cases of perspective, like those drawings that you can look at in two completely different ways: 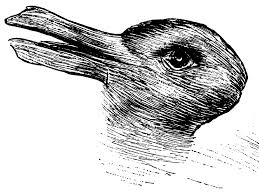 Are you looking at a duck or a rabbit?

In the case of Scottish Independence, as in the case of Indian Independence (1947) or Norwegian Independence (1905) or even American Independence,(1776)  you have to look at the picture in a different way.  What changes your perspective here is  history. No one would argue that America would have been "Better Together" with Britain, or that Iceland (1944), which is doing very nicely governing itself, should have stayed tethered to  Denmark. Or for an example closer to home, Ireland (1921) the fastest growing economy in Europe, should have remained in the UK. In all these cases, history has proven that the country in question does very well on its own, and so it will be with Scotland. In fact, Scotland, without its revenue draining off to the south, will do better than most, because it is a resource-rich country with many innovative minds as a sort national characteristic ( think, penicillin, steam engine, television, telephone, road Tarmac, bicycle, insulin, telegraphs....the list goes on) 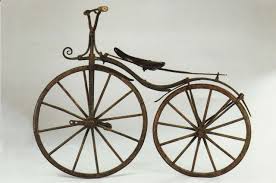 Of all the 62 countries that have sought separation from Britain alone, not one has asked to be allowed back in. The story of these smaller independent countries (not counting USA anymore, since it became its own empire-building conglomerate) is that they settle into secure little nations with low crime, low unemployment, that look after their people and don't go around causing any harm to other countries. From this perspective, you could look at the quest  for independence as a stride towards world peace, and the more smaller countries you can make out of large conglomerates like USA and USSR and The British Empire, the better things will be for everyone. You could look at Scottish independence as a rabbit and not a quacking duck. The choice is yours.
Posted by Claire McDougall at 11:13 AM No comments:

The words of Scottish poet Robert Burns keep going through my head these days: When I sleep I dream, and when I wake I'm eerie. Sleep I can't get nane. (eerie = haunted; nane = none)...but it's not "for thinking on my deary," it's because there is just a certain sense of global malaise these days.  The whole kit and caboodle seems to be swinging into far stage right .The inhumanity that humanity - I will say, predominantly men - periodically sink into has become the the Soup du Jour.
Deepak Chopra, Indian guru and normally the "Don't worry, be happy," guy, put out this tweet yesterday:
"We are in the midst of global insanity. Climate change, eco destruction, war, terrorism, economic injustice, cruelty to children.  Gangsters as global leaders are risking our survival. Donald Trump, Putin, Kim Jong Un could be the last presidents before extinction."
The problem is: insanity has become the norm, and news of more insanity just brushes off us like dandruff. Suicide is at a 30-year high, and depression is rampant, because, I think, of a feeling of sheer hopelessness. In America, the ruling GOP is a criminal organisation, stopping short of nothing to force its agenda and line the pockets of their high priests, while licking the boots of the "useful idiot" at the top. A similar programme is operating in England. Fascism has rolled into town, like a a big abusive circus act, and the emperor is parading with no clothes on. Trump isn't the only emperor -  last week England's Tory government tried to swipe Scotland's parliament out from under it. 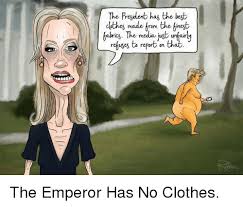 I'm going to march in Denver on 30th June. Trump just rescinded his party's practice of separating tiny children from their parents at the border - we have all heard the chilling crying on audiotape and the pictures that belong to some kind of Nazi regime. 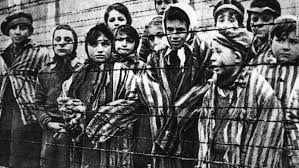 But the feeling of outrage is more general than that. It's sort of a last ditch cry of values - it's a desperate attempt to hold up your concentration camp tattoo in the face of a holocaust-denier.
I don't know about anyone else, but sleep, I can't get nane. So, I'll march shoulder to shoulder with the still-sane among us. I'm not sure it will do any good, but it might ease the eerie of this nightmare.

I am currently writing my tenth novel, and I think through all these journeys up Mount Writerslog, I have gleaned a thing or two about the process,.
I am going to share a few of them with you.
In no particular order:

1) Decide if you have anything to say: I run into too many people who tell me, "I'm sure I have a novel in me somewhere, I just don't have the time." If it means that little to you, then maybe you should think of doing something else. Silvia Plath would write in the morning while it was still dark and her children were still asleep. The universe isn't going to serve this up on a platter. You have to carve a path through it.

2) Make a routine: If you leave it loosey-goosey and you get to the writing when you can, you won't get to it. Life will always throw things up to fill that space. Set your time, as though you were showing up for a job in an office, and put your bum in the seat at the appointed time. Brains like to figure out patterns, so if you do the same thing everyday at the same time, it will be there waiting for you. I like mornings, and most writers do, but there are plenty of writers who burn their candle through the night. 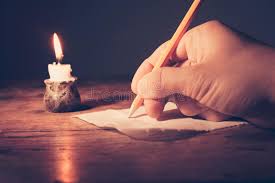 3) Leave your editor-self at your office door. Most of writing is re-writing, as the saying goes, but that annoying little voice on your shoulder that tells you you're not up to it, is not a friend. Have the courage to turn off the voice for the duration of the session. If you're addicted to it, you can pick it up again on your way out.

4) Don't be rigid. The way I write is very different from the way many writers do it. I listen in wonder at writers who, before they have written a sentence, have mapped out their entire novel, every plot point, every hair that falls from their hero's head. I cannot even figure out writers who know the ending before they have started the beginning. I start out with ideas about characters, almost never about plots, and that has its pitfalls, because the text then can seem to meander. But the other side of the coin is that, if you don't listen attentively to where characters want to go, you're going to end up with a narrative that can feel a little stultified. 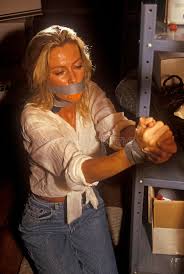 5) Don't stop until you're finished. At least with the first draft. For many years, I attended a writer's group, and every so often someone would come in with the beginning of a novel that they would pass around and we would read. Often what these people would want to know is, as one of them said, "Is it good enough? Should I continue?" If you need that kind of affirmation, the answer is probably No. Writing a novel is intensely personal and takes a huge amount of effort. Words of flattery are not going to sustain you through it. Just put your head down and keep writing until you've finished saying what you set out to say. Then you can listen to a few favoured voices and go back and do  it all over again.
Posted by Claire McDougall at 3:11 PM 2 comments:

The measure of my life these days is how many pages of writing I turn out. I have been on a quiet five-day retreat, and though the routines continue (I get up, take joy over a cup of tea, wash clothes, make food, walk the dogs), the countable currency is none of that but what the creative right side of my brain produces in the span of a few hours every morning. I write, therefore I am. Scribo ergo sum.
Other people have different measures: a fireman is fulfilled if he can pull a child from a burning building; a good day for a minister is the conversion of some soul to his faith; if you're Pharrell Williams, it's when you feel like a room without a roof. 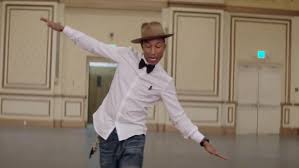 Greeks defined happiness as the joy we feel moving towards our potential. Good definition, I  think because it lifts us above the mere trigger-happiness of accumulation of wealth or things or fame. It makes of it a quality of what we do rather than something to be pursued in its own right.  "There is no way to happiness," says Vietnamese Buddhist Thich Nhat Hanh. "Happiness is the way."
The irony is that even though we know that things and bank notes don't make us happy, we still go after them as though they did. We still buy the scratch lotto tickets ; we still dream of a tomorrow on the side of a pool drinking Martinis; we still think about moving to a better house.

"Happiness is neither virtue nor pleasure nor this thing nor that," wrote poet William Butler Yeats. "It is simply growth. We are happy when we are growing." 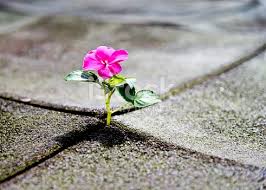 So, maybe that's what it means for me to be at my desk pushing words while the garden is emerging from its night cover of dark - I am attempting to grow into my potential. It is a sort of giving birth to myself: it involves pangs and fearful anticipation. It comes out at the end of a scream. It hurts and it is wonderful. And just now and then it is also handsome.


Posted by Claire McDougall at 7:43 AM No comments: