The best laid schemes of mice and men gang aft aglay, says Scotland's famous bard. It was my plan to get off the plane in Aspen, sleep a while and then finish those last few pages on the novel before sending it off to my agent. But that's not the way it happened. I came back to a computer not working, and now I'm using someone else's laptop, and it is doing things my dinosaur computer never did, not doing things I need it to. So, I started reading my novel again from the beginning. That's how aglay I am. I read over the first chapter and made some changes, went to bed, and when I got up, the changes had turned to poison. It's the writer's worst nightmare: the lines that seemed so magical yesterday feel like drek today. Your flights of creative word-mongering that seemed so, well, Yeatsian in the moment, feel today like Enid Blyton. 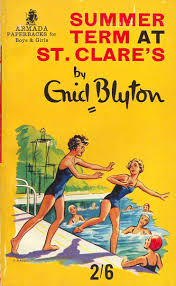 So, I pushed aside the travel books about Scotland and reached for one of those comfort tomes I often mention on this blog: Paul Harding's Pulitzer Prize winning, "Tinkers." 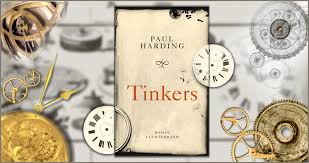 I sat on my couch on the porch with a cup of tea nestled against my thigh and started reading. Lovely words, that would seem Yeatsian no matter what the time of day: ...chopping a hole in the ice and slding into it as if it were a blue vein, sliding down into the black, silty bottom of the lake, where you see nothing, perhaps feel only the stir of some somnolent fish in the murk as the plunge of you and your wool dress and the big boots disturb its sluggish winter dreams of ancient seas.

And then I am reminded what I do this for, why I tie myself in knots for the sake of one split second of illumination when the words you chose are the words that carry the mystery from your pen to the heart of the reader. I sipped my tea and cried. And then I went back to my own words, and they didn't seem so bad after all. It must have just been the hobgoblins


Posted by Claire McDougall at 9:00 AM No comments:

Life is slow here, and so it should be. What has the human race achieved by its wealth and its mile-a-minute lifestyle but high rates of suicide and a general sense of malaise? This is happiness: nothing to do. As the Buddhist sage said, "If you can spend a perfectly useless afternoon in a perfectly useless manner,  then you have learned how to live."

But there were no boats out to the island of St. Kilda this week. The wind was strong and the swell too high. St Kilda will have to wait. I'll be back in sunnier weather.
In the meantime there is Harris, where the boat would have sailed from.

Lovely, Gaelic-speaking Harris where sheep fall asleep on the main road and you have to go very slow. Your brain has to hit a different rythym altogether. Go to the north of this floating land mass and you come to Callanish, a spectacular set of standing stones, second only to Stonehenge, where the ancestors danced and cavorted to the moon. Another short jaunt, and you're at the beach where in the eighteenth century a farmer chasing his cow fell into a stone cavern filed with three-inch high twelfth century chessmen. There were eighty-two of them, and now they reside where they absolutely shouldn't be, in the British Museum London.
I went out there because a fire was in my head. It was raining; close dark clouds were sweeping over the sands. Here as everywhere on the islands, seagulls, guillemots, oyster catchers, and gannets fill the air with the beat of their wings. 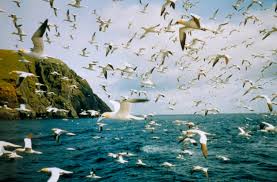 Here they live in their hundreds of thousands, silent witnesses to it all since the dawn of time: the coming and going of species, the paltry dance of human kind. Long after the final fall of the last stone on the last human dwelling, the birds will take flight as usual over the seething sea, skimming their bellies on the surface of the water, and then spotting a fish, climb high above the waves and like a thunderbolt fall.
Posted by Claire McDougall at 2:11 AM No comments:

Listen to the Wind

A week of little sleep has had me bog-eyed in front of the computer many mornings, still trying to work my way through the final edit of book three in my Veil Of Time series before I leave for Scotland tomorrow. I am so close - a mere forty pages away - but this morning my computer of many years decided it had had enough and wouldn't save anymore. So, all I can do is let go and hope that Deepak Chopra is right when he proposes that everything in this moment is exactly as it should be. My edit will have to wait. Perhaps when I get back I will even have new clarity.
I haven't ever been able to decide whether being in those sleepy twilight zones makes for better writing or worse. Some celebrated authors of past and present who spend much of their creative life in a drunken stupor obviously think that the muse needs a little help from the bottle. That the genie will not emerge unless there is a bottle. But this seems a little cynical to me. Alcoholic authors, whether or not they possess genius, are still alcoholics.
I suppose the thinking is that a writer does what she must do to side-line the intellect. Being so tired you can barely see straight will do this too.  In one such stupor the other morning, I had to move a piece of text from one place in one copy of my MS into another place in a new copy and then remember what the old and new contexts for the passage were so I didn't repeat myself. 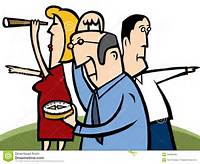 It didn't go well.
No, I would rather be alert and awake, even if then I have to manually turn off the mind. You can do that by listening to music or reading poetry, which as Wallace Stevens put it, should almost successfully miss the intellect. Prose is a little further along the creative spectrum towards maths and science, but still the mind needs to be silenced, because like an American in a room of other ethnicities, it will if at all possible make noise. 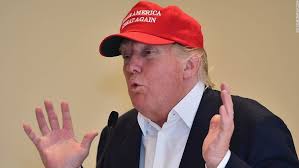 If only that were his worst fault!
Inner silence is what we writers are after. Perhaps it's what everyone should strive for, and what I hope to attain as I sail a hundred miles out to sea next week to an island where the chatter is outdone by bird cry and the ever present wind.


Posted by Claire McDougall at 9:33 AM No comments:

Lords Of The Dance

Obviously a lot of my writing finds its source in the contrast between Christian and pagan. I suppose growing up in a valley that boasts one of Scotland's largest collections of pre-historic stone circles and cairns,  the call of a distant drummer never seemed too far off. By contrast, I lived in a Christian community that had broken away from the traditional church, but which was still rather evangelical in respect to other traditions.  It's kind of odd that they chose to put roots down in this "heathen" land, then, and I think at some level of my childish heart, this was not lost on me. Though I was singing with the best of them that "For me to live is Christ to die is gain," a deeper drone was playing itself in and out of the soundtrack. 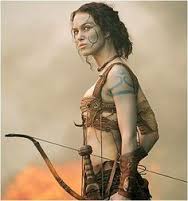 (Well, that is a rather romantised version of my Pictish ancestors -  for one thing, they would have frozen to death going about the Scottish highlands in this get-up. A more accurate picture would have them huddled inside goat or deer skins.)
But the nature of that drone from oh so long ago is hard any more to decipher. It's like trying to find Jesus amidst the Christian religion that usurped him. How do we uncover the ancient ones? That's what I've been trying to do in my book series, of course. But just as in the Christian tradition, it's best to look where you'd least expect it. For instance, it's on record that the early church didn't like pagans coming to their services because they tended to dance. Ha! 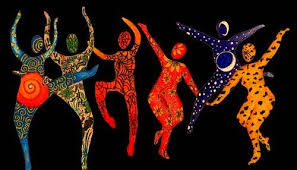 One of the most restrictive denominations of Scottish Christianity goes by the ironic name of The Free Church. No singing, no dancing there. This is the species of church that took over the people of the far flung island of St. Kilda, a place that had had a history of its own out there from before Yeshua Ben Yosef ever set foot in Galilee. I like to think of the St. Kildeans way out in the ocean dancing around their sacred fires, lifting their faces to the stars and dancing with abandon. The fantasy is even better if in the middle of the fire you put the effigy of a grim-faced minister of the Free Church.

Posted by Claire McDougall at 9:42 AM No comments:

Back from New York City, I have a mere three weeks before my next trip (this one, to Scotland!)  The sole purpose of this excursion will be to visit St. Kilda, the far flung island off the north west coast of Scotland. 100 miles out, to be precise. In earlier blogs, I have written about St. Kilda (or let's give it its real Gaelic name of Hirta), but I have never made the twelve hour round trip.  In 1930, the island was evacuated of its curiously old fashioned and isolated population. 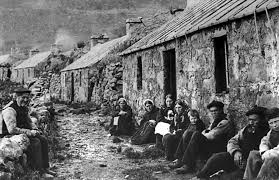 Since then, the British government has incorporated the island into a missile tracking range, so same old, same imperialistic old.
I just feel there are stories out there waiting for me.  The sailing has a two-day window and it is the last one of the year, so fingers crossed! A calm sea day in mid-September might be somewhat implausible for the outer Hebrides, but this is what we are asking for. 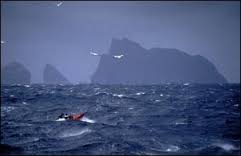 In the meantime, I have pledged to finish my re-write of Iona, the third and final book in my Veil Of Time series. Put the final dot on the final sentence and send it through the ether to my agent. I want to sell this book before the year is out - perhaps an even greater implausibility than the clear Scottish day in September I'm looking for. In my woe-begotten childhood, the adults used to say, "If you ask, you don't get." How's that for a piece of misled Christian upbringing?
But I am asking God or god or Goddess or my ancestors, any higher power that is listening that can kick in and take me into my Ubermensch self. Ubermenschlich, all things shall be well and all things shall be well. That's the very best of the Christian litany on. And if it's on offer,  I'll take it.