Hey nonny, nonny.
Much ado about the Royal Wedding this week. England's royal family finally allowed one of their number to marry, not only an American and divorcee but someone of somewhat African heritage. It took a long time for them to see their way clear in this, through the disasters of King Edward and Mrs. Simpson, and Princess Margaret and her desired beau, Captain Peter Townsend, and then Prince Charles and Diana Spencer (possibly the only really nice royal.) When Diana died so tragically, I don't care what side of the royalty fence you hang your cap, your heart had to go out to those boys, particularly little Harry being made to parade behind his mother's coffin. So, as a mother and someone with a heart (perhaps overactive at times) I am glad little Harry, now grown-up Harry, found someone to love and be loved by, because whatever else royalty stands for, love and being loved is not one of them. 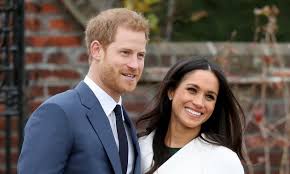 And yet support for the English monarchy remains incredibly high at 68%, and even 62% among 18-24 year-olds.
The Brits, after all, cling to their icons. I go back home, and even after all these years away, I am completely in tune with  references to Terry Wogan, Cliff Richard, Lenny Henry - people whose heyday you would have to reach far back into the past to locate. This is the land of Coronation Street, for goodness sake, a soap opera that has been  running for close to sixty years! That theme music, and the one for Doctor Who, are indelibly set in my childhood, as they are for millions of people who grew up within the countries that make up the Isles of Britain. 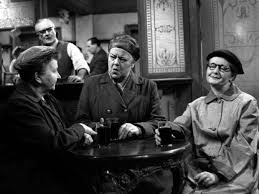 So, good luck getting rid of the English monarchy any time soon. The recent series, The Crown, about the long reign of Queen Elizabeth 2nd, gives us renewed insight into this dysfunctional (at any emotional level) monarch and her love-starved children, and yet figurehead monarchy is a question of identity. In this world of political chaos, we need our icons like we need life rafts, as something to hold on to.
I don't begrudge Harry his princess. Poor little boy born onto a stage of bereft players, who just wants to be loved. But the institution itself is as outdated as the feudal system it heads. What's more, a Britain on the brink of Brexit can ill afford its extravagance. 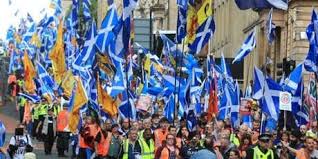 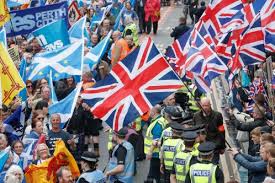 I am reading a book right now entitled Columbus and Other Cannibals, by Frank Forbes, which is about the machinations of empire, or as he puts it, the psychosis of empire. It is what the native American peoples have called in their various languages, Windigo, a kind of consumerism of madness. Windigo psychosis doesn't stop at commodities, but pulls into its maw any peoples in its path. Having no soul itself, it wipes out the soul of others and claims it was never there in the first place. It has many faces, but the result is always the same: it denies the right of others to be.
This is the kind of consumerism Spain is currently exercising over Catalonia. 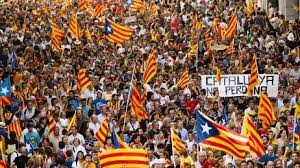 Just as Britain exercised it over India: 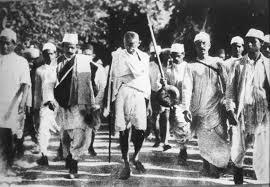 And it is the same exercise of Windigo psychosis the English government has always imposed on what it regards as its satellites. India was one, Ireland was another, and Scotland is perhaps the last in its constellation. If the history of civilisation is the development of a psychotic consumerism, then perhaps the only hope is to call it out for what it is. That is what the Catalonians are doing now, and for which they are being jailed. This is what it means for ninety thousand Scots to band together and walk through the streets of Glasgow.

Posted by Claire McDougall at 4:42 PM No comments: