O Christmas tree, O Christmas tree, thy leaves are so unchanging!....so the Christmas song goes. So goes this ode to the Evergreen, the kind of ode we have been singing as a race since before recorded history. From the research for my book into the kind of worship that went on in Scotland from that time forward till the dawn of Christianity, I found that almost everything we associate with Christmas in the twenty-first century has these early origins. I can hear the screams of "pagan!" from those who bewail that the Christian is being pushed out of Christmas. But it's a bit like the guy protesting Obamacare who was photographed holding up a sign that read, "Keep Your Hands off My Medicaid." Keep your hands off my Christmas: my santa claus, my christmas tree, my holly and the ivy, my Yule log.  My Christmas wreath, which of course is not Christian at all, but a pagan symbol of the eternal. 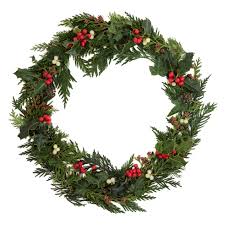 Yule in old Norse refers to this time around the winter solstice. The Norse god Odin (of the white beard) was celebrated with his fair share of eternal evergreens. Sound familiar? 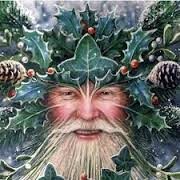 Other traditions which came down that line are: gift-giving, Christmas pudding, Christmas trees.  Like Easter most of what we celebrate at these "Christian" festivals has a much earlier, pagan, origin. Why? Because they celebrate life, and as a race, we have been celebrating life for much longer than the birth of a religious icon (born in "bleak mid-winter? Really? Do they have bleak mid-winter in Israel?) Although the Jewish toast Le Chaim! is closer to this winter celebration than our Christian preoccuption with sin and redemption.
But today is Christmas day. I never weary of it, commercial blastfest that it has become. I don't warm to the sentimentality of Little-Lord-Jesus-Asleep-in-the-Hay, but I do celebrate a time of letting our guards down and giving. We don't need any religious rites for that. When we look deep into ourselves, past the anger and prejudice, that's what we find in our deepest nature. Le Chaim!

Posted by Claire McDougall at 2:05 PM No comments:


It used to be the fashion to tell prospective writers to go into the book shop and see what's selling. That way, you would know what to write.
You'd have to say that this advice lacks a certain historical perspective. Who was writing about wizards and muggles before Rowling? Who had ever heard of muggles? Who was writing about secret codes in quite the one-day-marvel way Dan Brown does? Or go back further: Who was writing about the Pisanos in California before Steinbeck or Middle Earth before Tolkein?
That's where your imagination should be - in Middle Earth, not glancing behind you at the other runners. 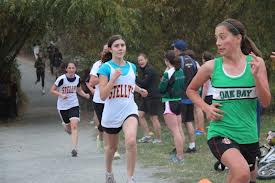 It's called a novel because it is novel, not because it is a rehashed bunch of ideas that hit the best seller list last year.
Get some historical perspective. It should be the overall message of these times we live in. If only those right wing Republicans on Capitol Hill could see where history is going to put them in this neo-facist movement they see fit to subscribe to. If only Mr. Trump could be quiet long enough to see how he squares up to any other populist leader who spewed out outrageous ideology. You want history on your side, because the history of mankind is an upward ascent and it leaves plenty of dross in its tracks.

My secret nightmare is that my writing will end up on the shelves of history's dross. 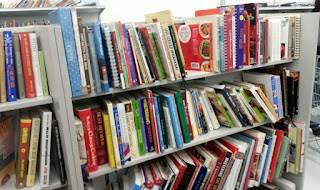 I strive very hard not to be writing dross. I try to make Middle Earth my touchstone. Call me Frodo. History is peopled with writers who were so buried in Middle Earth, they only became known after their deaths. Herman Melville, for one: Emily Dickinson, Emily Bronte, Edgar Allen Poe, Franz Kafka. The list goes on. So, get some perspective. Read the great writers of the past and learn from them. But don't make yourself in their image. Be yourself, and maybe along the way you will find your niche. Only time will tell.
Posted by Claire McDougall at 8:24 AM No comments:

You can't question an international bestseller, because it is obviously touching on something important. So I don't question Harry Potter and I don't question anything these days that emenates from the pen of Dan Brown. And I'm not questioning Diana Gabaldon, either, except to reiterate what readers have already observed: my book is not like hers. Much. It's enough like hers to have the folks over at Simon and Schuster marketing my book on that comparison: Time travel romance. Scotland. How different can it be?
Except I never saw my book as that. Just for the record, I don't write Romance of any stamp, Veil Of Time included. The relationship between Maggie and Fergus doesn't follow the time travel romance formula, and I'm tired of pretending that it does. 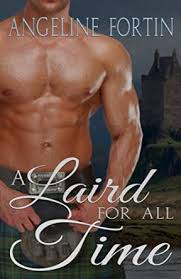 (Trust me, I have known a few lairds in my time, and they never look like this!)
As the Veil Of Time series continues, this is going to become even more evident. I am asking the reader to entertain the possibility that people didn't always think according to the morals and mores that govern our modern sensibility. Most time travel takes a modern mentality and just transplants it. But if you  go back to the eighth century to people whose priests were druidesses and whose God was the Goddess, they are going to be looking at the world in a wholly different light. 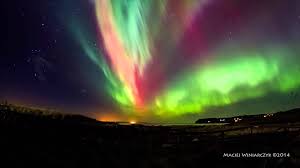 For one, the earth is going to be regarded as female and sacred. So, out goes man's dominance over every living creature. For another, the idea of what passes for a  marriage will be different. You  don't have to go very far back in history to see how different that can be. But before my book had even hit the shelves, I came across a group of Goodreads trolls collectively grimacing at Fergus for not living up to their (relatively modern) projection of love. They said, Gabaldon's Jamie would never, as one commentator graphically put it, dry-hump the goddess incarnate. Yeah, but McDougall's Fergus did. It's what high-ranking royals did in those days. Sorry.
I'm not asking the reader to condone any of this, just asking that for a moment they angle their sights a little differently, something, in the interests of tolerance - and especially in these days -  it is always wise to do.
Posted by Claire McDougall at 6:46 AM No comments:


Outlander is a very well researched book with a compelling story line, and Scots should be very grateful to Gabaldon for taking Scotland on this wild literary ride. That's my disclaimer.
This is my defense: I think the reason I stick so close to home with my books is that I don't feel comfortable trying to convey the idiom of a culture I am not intimately familiar with. For instance, I would never embark on a story about the American South, because that rhythm of speaking just isn't available to me. I know what it sounds like, and I could sort of imitate it, but unless I lived there for a lengthy time, I wouldn't be able to access that particular cultural idiom. I would be depending on caricature. 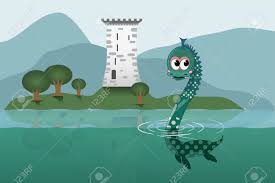 I was born and grew up in Scotland, so I have an advantage when it comes to Scottish dialogue.  I know the metre and rhythm of Scottish speak, what the silences mean, what the glances between Scots amount to. I know, for instance, that beneath their thousand year old allegiance to the church lies a deeper more persistent drone, that what they really fear is themselves and their own history. 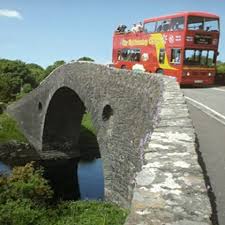 Scottish dialogue that borders on caricature blows pleasingly past the American readership, of course, but it clangs in the ear of the Scot. Not that Scots are averse to Gabaldon and her Scottish tale. Far from it. They are putting on bus tours to the locations of Claire and her young Highland buck. Roll up, roll up for the mystery tour! You see coaches in the narrow lanes of Scotland with Outlander on the front as though it were a destination in itself. Perhaps it is. Perhaps it's not the English woman in the story who is the outlander, but the Scots themselves.
Posted by Claire McDougall at 8:11 AM No comments: