Seasons of the Heart

My astrological chart tells me that Jupiter, ruler of luck and abundance, is set to move into my scorpio sign, a once in a twelve year appearance that will last just over a year. I don't read a daily horoscope or anything, but I do believe our lives are effected by the pushes and pulls of the cosmos.
Perhaps this is a good time to take a backwards glance at the road behind, examining each twelve-year rotation when Jupiter stepped over the threshold of my chart.
The first time, of course, was the year I was born. Edinburgh, Scotland, was a beautiful and historic place to make my first appearance. Can't argue with that. Twelve years on, I was on the cusp between childhood and adulthood. Puberty was hovering and therewith a brewing conflict with my evangelical upbringing. There was Jesus on the one hand, and Paul Michael Glaser (Starsky) on the other. 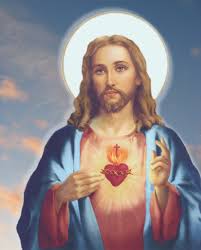 These two icons of manhood were not really reconcilable, at least not with the way Glaser looked in his worn jeans. In the twelfth year of my existence, things were not looking good for Jesus.
At twenty-four years of age, I was more or less on the other side of that split, writing a thesis on Nietzsche and Christianity at Oxford and getting married, not to Paul Michael Glaser, but to another Paul.
By the time I reached thirty-six, I had lived in Aspen for eight years. I had given birth to two kids and a plethora of manuscripts. I was sending out samples to agents and publishers and collecting in return a mound of thin white envelopes: Dear Claire, thank you for sending us your novel, but I think we are going to pass.
Another twelve years and many more manuscripts, I finally got my agent. Jupiter was back in my sign and beating his drum. Perhaps this is the distant drummer they say you hear if you are out of step with your friends.
So, Jupiter is set to make another appearance. It may be an arbitrary division of time, but it's as good a way as any for making sense of the kaleidoscope of life. And now would be a good time for a whole new cycle. I have a hankering at this juncture to get back to the place that was my origin. 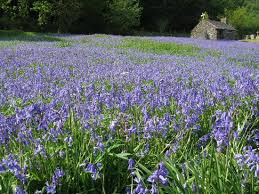 Maybe after another twelve years when Jupiter comes round to Scorpio, I will be looking back on this time in my life as a circling back. Maybe the young woman who wrote poems about kneeling in daffodils will come again to a field of Scottish bluebells and know the place for the first time.

Posted by Claire McDougall at 11:13 AM No comments:

Earlier in my writing career, I had this stolid notion that writing from a third person perspective was the only true literary mode, and that all else was cheating. So, I stuck to it. Every book I wrote was from a she/he perspective. Writing from an "I" perspective seemed little more than journal writing, I would say, and was a trick to draw the reader in without having to do any real writing. It's tougher, was my argument, so it must be better. I have about five unpublished novels written this way. I wrote my first novel in the third person, but it wasn't until I changed it to two first person voices, that it really seemed to gel, and I got my agent shortly after.
I think the reason first person perspective works (for me, anyway) is not so much how it reads as how it stops the author (me) from standing back emotionally from the writing. It's more uncomfortable, but more accessible, too. 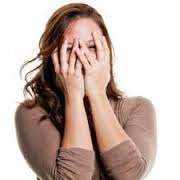 My published book Veil Of Time is written in the first person. My protagonist, Maggie Livingston, gets to tell her own story. But there still lurks a sneaking suspicion, a voice that comes in the night and whispers that I was right in the first place, that real writing is done from out there and not up close in the squeaky personal voice. Writing the second book in the series, Druid Hill,  I opted for third person narrative. It allowed me to get into more than one head. But for the final book, I climbed one more time into the skin of Maggie Livingston and told her story from the inside out. It is Maggie's Swan Song, after all, so it seemed she ought to get to sing it herself.

Still, the doubts persist: my literary heroes, for the most part, never stooped to this. Steinbeck, Emily Bronte, Lewis Grassic Gibbon. But, then, I am not without good company either: F. Scott Fitzgerald, Alice Walker, Ken Kesey, Irvine Welsh, and not forgetting Emily's sister, Charlotte.
It's just that when I write my Opus Magnum, I will probably write it in the third person.

Posted by Claire McDougall at 8:35 AM No comments:

I have pointed out before the strange correlation between Gene Roddenberry's creations in Star Trek during the 1960's and 70's and real technology as it has unfolded in the interim: flip phones, medical hand-held devices, video conferencing, Blue Tooth ear pieces, to name a few.
This week in the news, we found that the Chinese have just successfully teleported photons to a satellite using a phenomenon known in physics as entanglement. 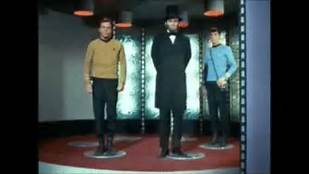 Physics, especially its theoretical branch, is slowly turning the solid world we have come to know and love on its head. Just as Gene Roddenberry foresaw.
I know people, friends even, who won't touch a book involving any such zany notions. They prefer literature that sticks with the nuts and bolts of human experience. But what if it turns out in the not-too-distant future that reality isn't what we thought it was at all, and that time isn't something moving along a solid line, but is something infinitely more flexible. What if we ourselves, as a mass of particles, could actually move backwards along that line?
Stephen Hawking doesn't like this idea. A few years ago he gathered a team to show that movement along that line was one-directional: forward, ever forward. But this meeting of the greatest minds in physics failed to prove anything of the sort. All the rules of physics, it turns out, work equally well in a backward motion as they do forwards. 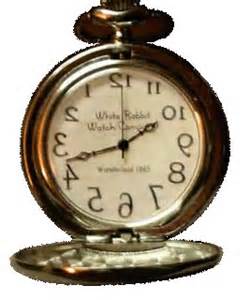 We are already on the threshold of objects being beamed up to space stations through a process of what Einstein called "spooky action at a distance." As a novelist, I'll go with "spooky" physics. As a Scot, I will go with the idea that the character of Scottie can facilitate such a process. Perhaps in the end we'll discover that "spooky" is all there is. Perhaps in the end, real live Scots will discover that Scotland, and not the United Kingdom, is all there is. Perhaps then, a trilogy about a Scottish woman who manages to teleport herself through time won't seem fantastical at all.
After all, they already did it on Star Trek!


Posted by Claire McDougall at 1:38 PM No comments:

All Shall Be Well

Evening wafted a cool breeze over the Colorado Rockies, as I sat outside at a picnic table with some friends discussing the debacle that is our present and what it could possibly lead to for our future. It was getting dark, the remaining light a paint brush stroke of yellow brilliance across the upper hills, a certain permutation of light you see only in Colorado. Even after so many years here, it still melts me. Its as though the day had just one more thought before it left, one more dash of wisdom. Like a rainbow in a dark sky, it says, All Shall Be well. 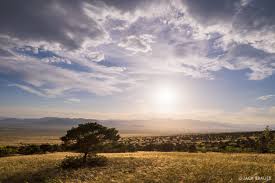 This is what we were discussing at a table on a Colorado evening. Would all be well? Is humanity on a crash course with the worst in its nature or is the arc of our history bending ultimately upward and beyond.

One thing is for sure, human history is not progressing like a car along a straight flat road. Desperation and its twin, populism, run rife in our world. In this country we had Obama. Record numbers showed up for his inauguration, because, who could have guessed? A black president in America? A classy, educated, black man with no skeletons in the closet? And now we have a clown, a tacky, ignorant showman with the mind of a criminal. So, no, there is no straight line from the black man to the buffoon. But progress doesn't seem to walk that line anyway. Because it is a spiral, every so often it feels as though it is going backwards, and seems that we have been here before. We have Trump. We had Nixon. Surely there can be no progress there. 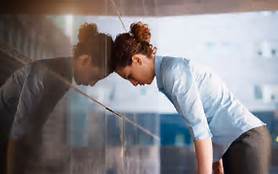 But ultimately, history will step in and assess this little segment on the great wheel of time. My sense is that it will not shine favourably upon these poor players who operate by fear. There is a quality to the universe which veers more towards love than fear, and the fear-mongers will ultimately be judged in terms of that quality. In the meantime, our hope hangs on a certain cast of light that bids us: fear not. All shall be well.