Nothing To Fear But Fear

How could "progressive" ever be a derogatory term? Life is progressive. Psychology has been around long enough for us to grasp the implications of being anal and regressive, to prefer stagnation over forward movement. Conservatism by this definition should be regarded as a pathology. And that's how it behaves. Look at Trump's inaugural speech: project fear on steroids; the sky is falling and only the wall of all walls will stop it.
In Scotland we know all too much about such walls. This kind of block in the way of reflective thinking convinced older Scots during the last referendum to deny their country the chance to govern itself. It took to heart the colonial imperative for natives to stay down in their lowly box. Scotland, so the wall-grafitti reads, was "too wee, too poor, too stupid." 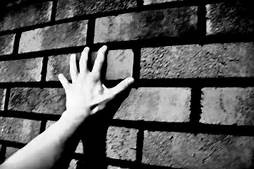 Fear as a state tool is effective because it has a swift conduit into inner fear. In this civilisation, still heavy in the aftermath of a religion that ruled by fear, it is all too easy for the masters to pull that trigger. It's what Theresa May is up to with her snap election. It's the path religious conservatives now ruling America have taken against all reason. It is anti-fact, and therein lies its regression and grand cynicism.
But we should be wise by now to the fearmongers. Fear gave us Nazi Germany, fascist Italy, Brexit England, Trump - you get the fear going and then you offer a solution. You can't govern yourselves, it says, so let me do it for you.
The challenge is to break through that wall. Resist. Pull out a brick or two and discover that, far from doom, there's sun and fresh air on the other side.

A wise American president once told us that the only thing we have to fear is fear itself. Why? Because fear cripples, erodes your ability to move and eventually turns you to stone. Fear makes of us easy ornaments to store in a box. Trump, Theresa May, the conservatives, all the fearmongers of history, are counting on you staying down.
Empires rise, but it is because of the fearless that empires fall.

Posted by Claire McDougall at 9:07 AM No comments:

With bombs dropping in the Middle East, a crazy man in the Oval Office, and a Tory government trying to run England into the ground while it hangs on to its cash flow from Scotland, you have to do something to save your sanity. Here's what I do, and what writers across the millenia have done: I turn to nature.  Wordsworth found this holding centre in a host of golden daffodils fluttering and dancing in the breeze. A poet could not but be gay in such a jocund company. 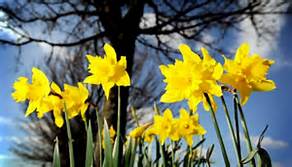 I am reading a book on cosmology, specifically theories of what came before the Big Bang. Apparently before there was something, there was the Planck Era, in which there was no light, no atoms, not time, nothing that we might think of as this world in which we live. Apparently there was just Max Planck, and chaos. So when everything in your life seems to be dissolving into chaos, it helps to go to the most fine-tuned our cosmos has to offer: fluttering daffodils and fields of gold. We'll forget the sun in his jealous sky as we lie in fields of gold. 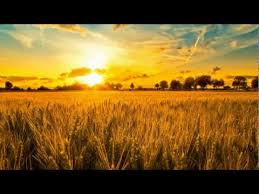 The turning earth spins on, and once more we are in Spring. Life is erupting. Even though the Theory of Evolution goes a long way in explaining how our world has evolved, one thing it doesn't answer is why it does. What is this rabid urge? Why the flower breaking through concrete, why the birds on their vast migrations, why life at all? Perhaps we'll never know, but it surely relects itself in the human drive to create order out of chaos, in the poet's need to reach beyond the ordinary and create something out of nothing.
At our human best we follow the poet out of our causes, our tragedies, the inevitable catastrophes, and give ourselves over to an evening full of the linnets' wings. It's the life-urge. Cosmos out of chaos, and some writers just know how to make it sing.

I will arise and go now, for always night and day
I hear lake water lapping with low sounds by the shore;
While I stand on the roadway, or on the pavements grey,
I hear it in the deep heart's core.
– W.B. Yeats


Posted by Claire McDougall at 6:09 AM No comments:

My original intent in creating this blog was to keep readers up to speed on current and subsequent developments in the publishing of my book Veil Of Time. It has been three years since that book was published by Simon and Schuster in 2014 (the same year Scotland failed to vote for independence!) In the meantime, the world has fallen into mayhem, and so this blog has often veered into the state not only of this union but the one over the pond in the British Isles. Brexit has come to Britain, and Trump is running crazy in the halls of The White House.
The publishing industry, as we all know, creeps along at snail's pace. Since the time I first started sending my writing out to agents and publishers, I have gone from being a relatively young woman to middle age and then some. I have raised three children and seen them all take off into careers of their own. Here I am, still turning up at my desk in the mornings, still casting fleeting glances out the window as the seasons take me from snowscape to spring to sweltering summer and back again.

While I have been waiting, I have written a sequel to Veil Of Time, and then a sequel to the sequel, and now I have a trilogy. This venture started out as a simple tale of an iron age fort in Scotland called Dunadd, and became a kind of utopia about how this land would look if Christianity had never made the inroads it did, and had instead stayed local to Rome. Last autumn, after my agent had read the third part of the trilogy, Iona,  he sent me a page of notes, and I spent a good few months revising it. He gave that new version to a group of readers, and then sent me a smaller page of notes, "some tweaks."
So, I've tweaked it. Yesterday, I went through full blown panic when it looked as though my computer had saved none of the changes, but then I recovered (because it had), and now I'm ready to send the final version back to him. He has plans for the trilogy, which I am not at liberty to divulge here, but if his strategy works, then my star will be on the rise again. 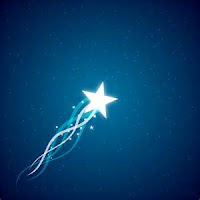 Hopefully before I take to a wheel chair, my backlog of about eight other novels will also be published, and then I wonder if I will dust myself off and retreat from this soul-crushing dance of the artist. Probably not. I am already lying awake at night mulling over something new, such a great notion! But just that one, and then I'll retire my tap shoes for good. Ha!
Posted by Claire McDougall at 9:11 AM 2 comments:

Art and The Beast

One of the areas of American culture that Donald The Chimp is frog marching to his guillotine is the arts. No surprise there. He would take the media there, too, if he could do it in the dark.  Thankfully, the Fourth Estate is somewhat protected by the tradition of free speech in this country. Okay, then, he says, watch this, and draws his scrawl of a signature across a bill defunding the arts.
But the arts are part of the Fourth Estate, part of the check and balance that a democracy is supposed to rest upon. Taking away Sesame Street is one thing, but squeezing artistic expression amounts to an impingement on free speech.  Unless, that is, it used as propaganda like we saw in fascist Italy or Hitler's Germany. 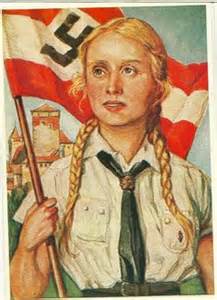 Hermann Hesse saw art as the "universalising mirror." It is for this reason that totalitarian leaders are scared of the arts. They notoriously lock up writers, send them off to freeze in Siberia like Solzhenitsyn. They ban them and burn them, because they see themselves reflected in their art and they don't like the unflattering image.

In America, you can't lock up artists, and thank God for it. But apparently you can starve them out. And that's what Trump is trying to do by defunding four central arts programs, including the National Endowment for the Arts and the Corporation for Public Broadcasting. He wouldn't mind funding state news like Fox, but he doesn't want anyone pointing their finger at the emperor's clothes in which he struts.
You can't ultimately suppress art, though. You can't stop story-tellers telling it like it is. The truth will out, and that's the job of art in all its branches. Art speaks, is classless, and allows for the gates to the third estate, We the people, to open, as they did during the French Revolution, as they have done in every revolution. 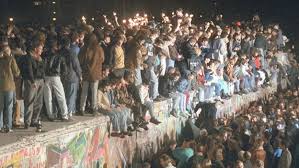 It's what we're seeing in America now with the women's marches, airport protests, town hall meetings - the failure of the HealthCare Bill. And that's the threat to leaders like Trump or Putin who are pushing their own narrative.  You can't hold us back, though, Mr. President. The artists will hold up the mirror, and like Belle in the fairytale will show us the beast.
Posted by Claire McDougall at 2:55 PM No comments: