Martin Luther King famously said, "The arc of the moral universe is long but it bends towards justice."

2020 has so far been a downright disappointment. I had such high hopes. As a Scot, it seemed that the 700th anniversary of Scotland's charter of independence should be the year for ushering in a new and independent Scotland.  And then, as a "resident alien" in another country teetering on authoritarianism, I had hoped for a Trump day of reckoning. 2020 seemed like such an auspicious year. The British State and the American government have been getting away with too much for far too long. And where is Martin Luther King's curve of justice, I want to know. 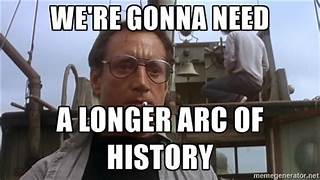 In the UK and the USA, we have two corrupt governments that are built on greed and cronyism. The rich are pulling out all the stops to ensure they get richer and installing sycophants in key positions to make sure the dynasties stay in power. Conservatives of the old school in America, though thin on the ground, will have nothing to do with the current GOP, just as there must be some Tories who refuse to follow Boris Johnson off a cliff.

In England, that cliff is called Brexit. 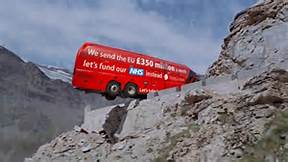 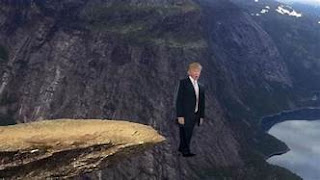 In America, the cliff is Trumpism.

But they are both the logical progression of unfettered capitalism. They both have hard cold cash at their core. It's hard to see how, so far into this souless territory, we back off the critical edge. I guess it depends on whether or not the universe we live in is moral, or at least fair. As we are in a holding pattern with the coronavirus, so we wait on the brink to see if a curve, whose name is justice, is waiting to catch our fall.


Posted by Claire McDougall at 7:32 PM