The Age Of Aquarius

I have been in labour three times, all home-births, all unmedicated. There is a moment or two on the other side of that life-changing event, once the baby is out and just before you fall in love, when you are in a sort of death zone:  in the tunnel, still waiting for the light. 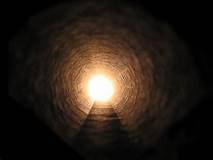 Things feel a bit like that now, hunkered down in a pandemic, waiting in the dark with Joe Biden as president-in-the-wings (and if you're Scottish, on the edge of independence with Nicola Sturgeon!)  Life in general at this moment in history seems to be teetering on the brink.

Today is the winter solstice. Astronomers tell us that in the night sky tonight we can see the convergence of the planets Jupiter and Saturn, a once in an 800 year alignment. According to astrologists, what we are witnessing is the passing of the age of Pisces an age of ego, deception, power and money, populism, authoritarianism; interestingly enough, also of world religions. The new Age of Aquarius has instead qualities more readily associated with woman: ying, rather than yang; the soul; individual freedom; humanitarianism, inclusion, "me" in the service of "we."

Birth is a process, and so too the passing of an era. The male dominated age of war and authoritarianism was never going to pass without a final raised fist, a last flail of its dragon tail. It has been a rough show from the poor players that are Boris Johnson and Donald Trump fretting and strutting their hour upon the stage.  Crouching in the wings, this woman is ready to see the curtain fall on the sound and fury and accept the offer that humanity has better heights to scale than Rule Britannia and "bombs bursting in air."

Every mother knows that the most intense part of labour comes very close to the end. It's called transition, and I hope that we will get through these birth pangs, to a better place, where the tight fist unfurls at last and eases a new life into the world. 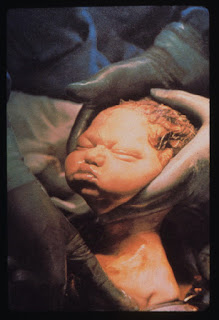 Posted by Claire McDougall at 10:05 AM