Waiting it out with Robert Burns

Why is patience so hard to come by?

The Scottish referendum which came down on the wrong side of independence through fear and indecision teaches me about patience: The majority of under 55 year olds voted Yes and 75% of young people voted for independence - so patience is in order. The debate won't go away. We just have to bide our time (we might have to wait until JK Rowling is out of the picture so she can't fund the unionist campaign!) Robert Burns was fighting the unionists for Scottish independence 250 years ago,  and so he had to have had even more patience, a patience that would outlast him. For the second time this summer I sat through an eight hour flight from Scotland to America's east coast, only to run for a connection for another four hour flight to Denver. The airlines have figured out the absolute minimal space a person can endure for twelve hours of flying without going completely bonkers, but only just. You're on the verge of screaming for more leg room, more centimeters on the arm rest, more space between you and the seat-back screen in front of you. Inhuman patience is required. 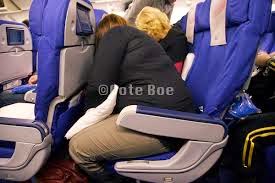 Same goes for my writing career. It would have been silly for me to hover over sales figures in the first month or so after publication. I am not a known entity - as my agent forecasted, it was going to take time for the book to percolate up. And that's what it is doing. I got a letter lately from a reader in Australia who had bought my book at a local book store - I didn't even know it was available in Australia! (I should add that she called it a "work of art." Can't argue with that from down under or anywhere else!) Then, while I was in Scotland, I went into the big Waterston's book shop in Oban, the biggest town in Argyll, where I went to school. Being a Scot and having been taught not to toot my own horn, I was extremely uncomfortable going up to the man at the cash register and introducing myself and my book. Especially when he went to his computer and tried to bring it up. He shook his head. "Not in the system." I located a kernel of growing panic in the area of the chest. But he had been entering "Vale of Time," instead of "Veil," and suddenly he found it. "Already on order," he said. It's not a big place, Oban, but the news made my heart sing an ode to joy -  it is  a home town for me in many ways, and I felt like Sally Field: "You love me right now! You really love me!"
But such an outburst wouldn't have gone down well, not in Scotland. There is still something subdued and cowed about the Scottish people. I think that is why I left. And it is why, given the offer of independence, the people of Scotland chose not to take it.

Posted by Claire McDougall at 9:32 AM No comments:

At the end of the day, in my book, the laurel wreath of literature goes to the poets.

An aged man is but a paltry thing
A tattered coat upon a stick unless
Soul clap its hands and sing, and louder sing
For every tatter in its mortal dress.

If I were to be reincarnated, or if I were already a reincarnation of someone, who would I want that person to be? The poets spring to mind - Godlike WB Yeats? But he spent most of his days longing after Maude Gonne. 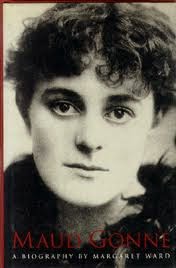 Oh, the misery - and I did too much of that kind of longing myself in my youth! Or how about the wordsmith himself, Dylan Thomas? Mmmm - he spent most of his life worshipping the bottom of the glass.

Emily Bronte - er, no thanks. Dying of TB in a draughty manse (well, I grew up in a draughty manse - but let's hope I don't cough my way into the grave.) Ugggh. DH Lawrence, an author I have much affinity for? Yes, but he was such a wanderer, always searching for but never finding a place he felt comfortable in. Mmm, that's a bit too close already for comfort on the day of my departure for my own country from my adopted country, neither of which place makes me feel completely at ease.
Point is, Peter Schaffer has it right in his play "Amadeus:" The vessel is tarnished when it comes to the transmission of art.  The gods and goddesses see fit to pour their elixir into any old cup, which is a good thing for you and me, because they might choose us! The one who holds the art is practically irrelevant: the art stands alone. Even for the poets.
My next blog will come from Scotland the day after our vote for independence from the manic grips of imperialism. As in all strikes for freedom, may the heart win out, because, as William Wallace says in Braveheart, "They can take our lives, but they'll never take our Freeeeeeedom!!" 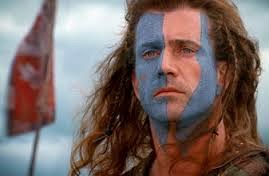 Posted by Claire McDougall at 7:01 AM No comments:

19th September 2014
I am in Scotland researching my third book in the time travel series, and this was one of my first stops on Loch Tay. These amazing constructions called Crannogs were built starting in the iron age, and it isn't that easy to build them, let me tell you. Those iron age ancestors of mine knew a thing or two. For instance, these houses are built on stilts, and the way you secure all the many stilts it takes to support a house on the loch bed is you take a very long tree trunk out into the water and then you put a cross piece over the top of it. Next, you start to wiggle the trunk and because the floor of loch is sand over clay, you start to create a quick-sand effect, and the trunk becomes lodged in there witha vice-like grip. Another thing they did, which was very crafty and not so far from what we do today is that they built the walls of the crannog in two parallel layers, and in between they stuffed insulation made up of wool and bracken. I enjoyed poking around the crannog, and was especially pleased to leave a copy of my book with the lady in the gift shop, who was quite excited about it and promised to order more.

After the crannog, I drove up to the tiny village of Portmahomack, which is on a finger-like peninsula of Ross-shire and where a long time ago there was a Pictish settlement and lots of fantastically carved monoliths. One of the stones bears the symbol that is (not by coincidence) tattooed on the inside of my arm! It's called a crescent and V-Rod, and no one knows what it means, except for some who think it intimates that Scotland will gain her independence like any other rich and self-sufficient country should. (Well, I am the only one who thinks this!)
It is lovely here, quite unspoiled, as you can tell below. Last night in the closing dark, I sat on a       and watched the sky fade. A heron flew up and flapped magestically, as Herons do, across the surface of the water. 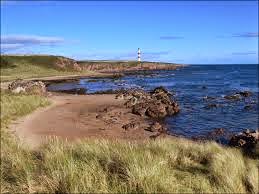 As for the fog. Sometimes people vote for fog. Sometimes the smoke screen gets taken for daylight, And that's what happened to my country on September 18th 2014.

Posted by Claire McDougall at 3:12 PM No comments:

I gave up on Mark Twain's time travel book "A Yankee in the Court of King Arthur" - for the time being, let's just say. I thought I ought to read it, so that I didn't look non-plussed the next time I do a Q&A and someone asks for a comparative study of my book in the light of Twain's. Well, I am glad he wrote a time travel book, because it lends the genre some street cred, but it is much more of a tongue-in-cheek affair than my book is - it's Twain, what would you expect? Not sure what his point was, except to show mankind's inimitable progress since days of yore. His is set in the fifth century,  but he gets the time period all wrong. He didn't have access to the internet, of course, and I don't know how I would have done without that particularly wonderful tool, but his characters speak in Shakespearean English at a time when English didn't even exist! He decides to show the savages the better part of how democracy works, and he's always going about impressing the backward folk with his inventions, though he needs materials for these (matches?) that he wouldn't have been able to find. Like me, he does have it in for the church, though, and how it upholds feudalism - but just so long as you're talking of the Catholic church (no such distinction, Mark, in the fifth century!) He's fine with the reformed church, and I am fine with neither. Unless you're looking for rules for sheep herding, you're probably not either.
So, I put Twain's book down on my bedside table on the pile that I know I ought to be reading but probably won't get back to (it's getting quite high.) 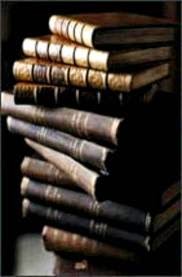 What I want to be reading instead is Edna O'Brien. I recently acquired her Country Girls trilogy and I am racing my way through them. There is something very raw and sweet about O'Brien's writing, especially in these early books.  In the very real and funny dialogue and in the gorgeous and minute observations lies a real poignancy. After the first book, I came away thinking I ought to write a book like that, only set in Scotland, and then I remembered that I had. It's called "Above Duntrune" and it is the book that my agent initially picked me up for (but hasn't yet sold - Country Girls probably wouldn't get past the drawbridge of publishing houses these days either.)
As for me, I am back off to Scotland next week to lend my support to the Scottish Referendum, to wave my Scottish flag in the face of the unionists, and to romp about the wild green places, because I am at the end of the day a country girl myself..... 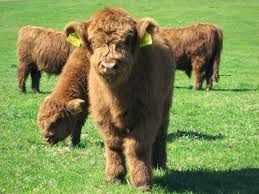 Well, not that kind of country girl, though I wouldn't mind being that handsome! (I'd probably ditch the yellow earrings, though.)