Digging Down the Runes

I recently did a DNA test which came back with the surprising result that I am only 73% European. Eeeks. I thought I would be one of those 99 percenters. I often watch a program called "Finding Your Roots," which takes celebrities on a trip down their ancestral lines. It seems that if they have blond hair, and even if they don't, they often turn out to be 99% European. This twist in my DNA narrative is apparently due to my mother, whose blood group, and consequently mine, is one that is quite common in the Middle East. I even have 5% Ashkenazi Jew, and about three times that much Basque in there! I always suspected something, since my mother's family are all quite dark of skin, hair and eyes. My sister, too. But here I am with a red sheen to my brown hair, green eyes and fair skin. 73%, they say, and I can only conclude that not too far back a female slave or just a random traveller from warmer climes crossed the sea and copulated with some ancestral Brit. 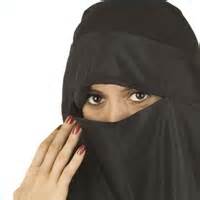 On the McDougall side, the family line originated in exactly the area of Scotland I grew up - Argyll and specifically Oban, where the clan seat is and where I went to school. All McDougalls go back to Dugald, son of Somerled, Lord of The Isles. My branch came not so long ago from the Gaelic-speaking island of Islay, where all the famous single malt whisky also hails from. I think this is the approach the powers-that-be have taken to my writing career - keep it in a vat in a cold dark cellar for decades and then uncork the barrel and pass it around. That's what I am waiting for  - a good connoisseur of spirits to slap a "Grade A, Single Cask" label on my forehead and send me off for general consumption. 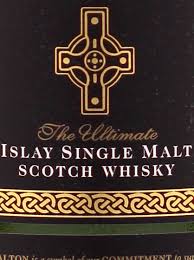 Never mind the Celtic cross on that label - that was something that came and then left in my particular distillation. There were lines and lines of Christians for a while in there, including myself for many a youthful year. But it is the heathen that has won out in the end, the dark, peaty, runic drone of my ancestors that hums in my brain and rattles down these tattered bones. What I am trying to do in my writing is lend them a voice.
Posted by Claire McDougall at 9:47 AM 1 comment:

British actor Hugh Laurie said recently about the presidential election that, for an outsider, it's like coming into a movie half an hour late and not being able to really get what's going on. Everyone is so angry at Hillary Clinton. Why? She's not perfect by any means, but, compared to Donald Trump, why would you even give it a second thought?
Donald Trump says Hillary is a nasty woman, and I think he is on to something there, not because he's right, but because this is the modern myth that has grown up around her. 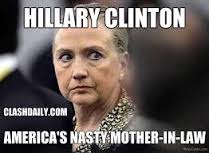 What he is trying to appeal to by his term "nasty," has to do with an ingrained suspicion, particularly in America, and most particularly among men, about any woman in a position of power. In fact, if you follow Trump's ranking of women on a 1-10 scale, the "10's" of his world are the least threatening.
Let's take a look at a very few of history's "nasty" women. But I should warn you, some of them have been downright rabble rousers:

Cleopatra (69-30 BC) who inspired her fellow Egyptians to rise up against the Roman invasion.
Boudicca (1st C AD)  who led Britons in revolt against the Romans.
Joan of Arc (1412-1431) who roused her countrymen against the British invasion
Mary Wollstonecraft (1759-1797) who was an advocate for women's rights in an age when they were still burning such women at the stake.
Margaret Fuller (1810-1850), another advocate for women's rights.
Harriet Beecher Stowe (1811-1896), campaigner against slavery.
Emmeline Pankhurst (1858-1928), British suffragette.
Rosa Parks (1913-2005), civil rights activist.
Oprah Winfrey (1954-  ),  rights activist, named most influential woman in the world
Malala Yousafzai (1997-   ) women's rights activist. 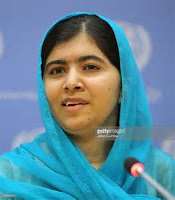 Nasty women, all.
But women are beginning to catch on. Below is an electoral map drawn up by FiveThirtyEight that shows how the election would look if only women voted. 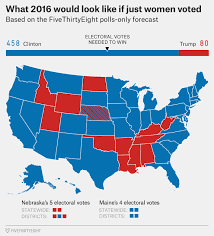 The same site shows that if only men voted, the map would be overwhelmingly red. Women are defeating Donald Trump, and about time. My dearest hope is that Melania Trump will seize her right as a nasty woman to go into the voting booth and place her X next to Hillary's name. I am hoping that women under the thumbs of their husbands all over this country will secretly seize the day and vote like nasty women.

Posted by Claire McDougall at 10:11 AM No comments:

Iona has set sail. On Monday, I cut the mooring line and set her into open waters. Why is a book a she? Because books are boats that navigate deep waters, and a boat is always a she.  A good book shifts us onto a different perceptual plane, takes us off dry land and tests our balance.
My agent, getting ready for the Frankfurt Book Fair, says he is too crazy-busy to read my book super quick, but the launch was the important thing. Now I have to think about revising Book 2 in light of Book 3, but first I'm going to take some days off, just a breather to take in the scent of autumn, slow down time to the speed of a drifting leaf and rid myself of that feeling that I have to do anything at all.  Nothing stymies the creative flow quicker than Gotta.  It's true Mozart in the court of Leopold was under pressure to engage his genius, but I think he would have done it anyway. 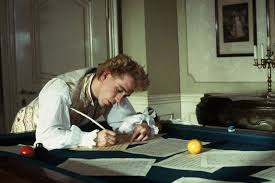 It was just a matter of who to hand the sheet music to - the creation was a constant flow. But I'm not Mozart - this stuff isn't flowing out of me non-stop. I keep having to go back into the cave and put on my headphones, block the outside, replug, reboot. Roll some billiard balls.
I am anxious to finish this time-travel series, because time travel and/or historical fiction is never anything I thought I would do. I write literary fiction, as I am quick to point out to anyone who his interested. That's literary with a capital L. 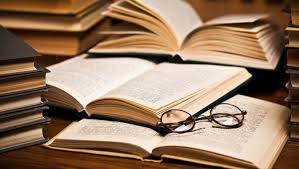 And yet, and yet, in this book series, I may be touching on the most important question of all my writing: how did our race get to such a soul-less state in its evolution? What fork in the road did we take that wasn't the one that would make all the difference (pace Frost, this keeps coming up...)? It's an important question (for which I have one possible answer) because we have reached a time of great confusion and turmoil. We have hung our hats on the wrong hook for too long, and now we need to ask why.
Iona, by Claire R McDougall, coming to a book store near you!


Posted by Claire McDougall at 9:04 AM 2 comments:

I made a promise to myself when this whole election circus began that I would be taking a back seat, and certainly not be sitting ringside. Unfortunately, I have failed miserably. My finger seems to be stuck on the newsfeed button, just because all you have to do is have a one hour nap in the afternoon and you come back to Donald Trump tearing off yet another scrap from his emperor's clothing. Pretty soon, he will be naked before us, in all his shining stupidity, and, yeuk, what a thought.
I admit it was nice to have one week out of all of this whilst in Scotland, but there the headlines were full of another type of circus: Brexit and Jeremy Corbyn. 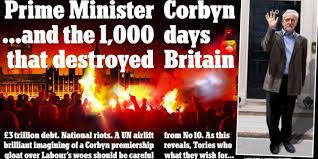 The world seems to have come completely unstuck, as right wing nut outdoes left wing nut outdoes any semblance of sanity.
Back in the good old USA, I did appreciate the stunning autumn colours, but I was soon back to the compulsive newsfeed business. Let it be said, I do not consider Hillary a paragon of virtue, or even very easy to listen to, but I can only shake my head in dumbstruck wonder that the United States  can't make up its mind between these two.
I console myself with Robert Frost's thought that "Something there is that does not love a wall." I have to reassure myself that this feeling will win the day. Something there is about Trump that does love a wall, and in the end I hope it will count against him. 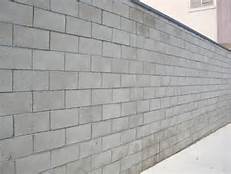 Trump versus Hillary. There has been so much hype about not playing the woman card, but I ask why? Hasn't the man card been played ad nauseum? America has had forty-three presidents and vice-presidents so far, and not a vagina among them. It's hard to think of another presidential nominee who was ever more qualified for this job than Hillary Clinton. On top of that, she has spent her life fighting for the interests of women and children. What is going on here if it is not the last rumblings of the old boy network? The last hurrah of the male-only elite? 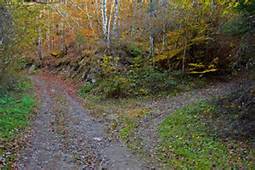 So, I appeal to this country's better sensibility with another image from Robert Frost: at this juncture in history, two roads have met in the wood. One leads to a wall; one doesn't. Take the one that doesn't. And it will make all the difference.
Posted by Claire McDougall at 8:24 AM No comments: