When I left academia after my post graduate degree, I had read so many academic papers that my brain would just shut down every time I launched into a new one. I would pick up the manuscript, and my eyes just wouldn't track it. It was an overdose of intellectual argument; it was the point of no return for my career of teaching more of those intellectual arguments. I was in the process of applying to colleges for jobs, but something behind my eyes was slamming on the brakes. 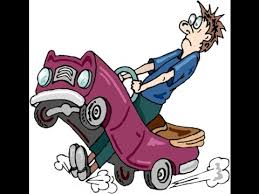 I moved countries and had a baby, and then slowly I came back to the written word.  Not C because A and B, not All Men Are Mortal, no syllogisms, but something my eyes could embrace: a dance. I started out writing poetry, because it was as far in the play of words from logic as I could get. And then, after a few years, a friend made the observation that all my poems, though different in form, were essentially saying the same thing, something to do with heart over thought, and since I no longer lived in my own country, longing. He suggested I try weaving those emotions into a longer piece, and I have been writing novels ever since.
So, my first novel was about a girl from a rural Scottish town who won a place at Oxford University, leaving behind her a boy whom she loved but considered beneath her. In my own life I hadn't done  that exactly, though I did trade in my lovely country for the stone walls of a British institution I could never in a million years fit into. 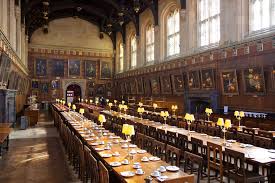 All of this was years ago, of course. In the meantime I have written something like nine novels, always reaching for the one that would run my story forward to the part where I was showered with accolades and enough money to pathe my way back home. I never thought it would take this long. Yesterday it was my birthday. I hung one more year on the line. I am one of those pesky, passionate but annoying Scorpios, but these traits have given me the grit to hang on over the years. Nowadays, I don't think about the accolades so much, but that longing to go home grows stronger.

Time, as Stevie Nicks wrote, makes you bolder, and it also distills things down. The things that matter to me now have to do with fighting for my country to get out from under the colonial hold of Britain. More importantly, it centers around my three children, all purveyors of the heart, dancers all.
Yesterday was the first day of the rest of my life. Perhaps I have learned a thing or two along the way:  the life of the mind is all very well, but not without the counterweight of the heart. Belonging somewhere counts for a whole lot. Any writer has ambition, but it is a mistake to let it direct your story. I am a better person for the twists and turns along the road, because life, as is so often said, is not about the destination. Life, like the dance that imitates it, is about steps, one foot in front of the other. As the French say, "C'est tout."
Posted by Claire McDougall at 8:14 PM